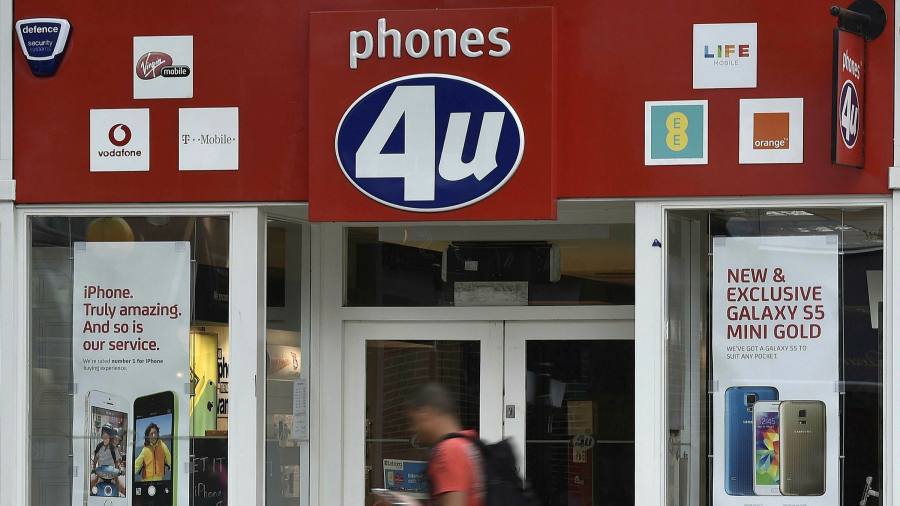 The UK’s largest mobile network operators have broken antitrust law and illegally “colluded” each other to participate in the “destruction” of retailer Phones 4U, which went into administration in 2014, the High Court said.

The administrators of Phones 4U (P4U) filed a lawsuit in the High Court against five mobile network operators (EE, Deutsche Telekom, Orange, Vodafone and Telefónica) which started on Monday.

P4U alleges a wide-ranging conspiracy in which executives from different companies colluded to put it out of business. It claims that the decisions of all mobile operators to withdraw from the supply chain in September 2014 were the result of illegal coordination between them rather than independent decision-making.

The mobile operators strongly deny the allegations and are defending the case.

Kenneth MacLean QC, representing P4U, said on Monday that all mobile network operators (MNOs) had a “huge incentive” to reduce the volumes of business done through P4U due to low profit margins in the mobile market. United Kingdom.

“But they couldn’t achieve these goals unilaterally. It would only happen if the MNOs cooperated. And that was illegal,” he said in his written argument, adding that “senior executives seem to have relaxed about contemplating or participating in competition law infringements.”

MacLean claimed that there was a “culture of collusion” and that “conversations between senior executives were carried out with the certainty that they would not be reported to the authorities,” he said.

“Unsurprisingly, in an industry riddled with improper and illegal conduct, there were multiple contacts at different times between MNO staff at different levels,” he said, stating that the defendants had made “significant efforts to conceal, not preserve or have destroyed, relevant material”.

In his written arguments, MacLean pointed to an “amazing exchange” in April 2014, in which an Orange executive texted a Vodafone manager seeking to arrange a “secure call with the two using a new prepaid number.” . [that is, a so-called burner phone]”. The Vodafone executive said he was “not comfortable” with this arrangement and there is no indication that such a conversation has taken place.

Deutsche Telekom said in its written arguments at the trial that P4U’s case was “simply hopeless” and that “there was no direct evidence that DT engaged in collusive contacts with other companies”. DT added that the claim was “opportunistic” and stated that P4U was trying to “place the blame for its demise” on mobile operators “when the simple fact is that P4U was bled dry by its private equity owners”.

Mark Hoskins QC, representing Telefónica de España, argued in his written arguments before the trial that the evidence in the case showed that there had been no collusion and that the case should be dismissed.

Orange has denied allegations that it engaged in collusive or anti-competitive conduct or committed or procured any breach of contract. “Orange will continue to vigorously defend itself against the allegations that P4U has made,” he said in a statement.

EE said in its written arguments at trial that P4U’s claim was “without merit” and that the evidence shows that EE’s decision to leave P4U “was not part of a conspiracy. It was a unilateral decision that made good business sense.”

Vodafone stated in written arguments at trial that “there was no evidence to support the allegation that Vodafone colluded with any other defendant”. The trial, which should last three months, continues.