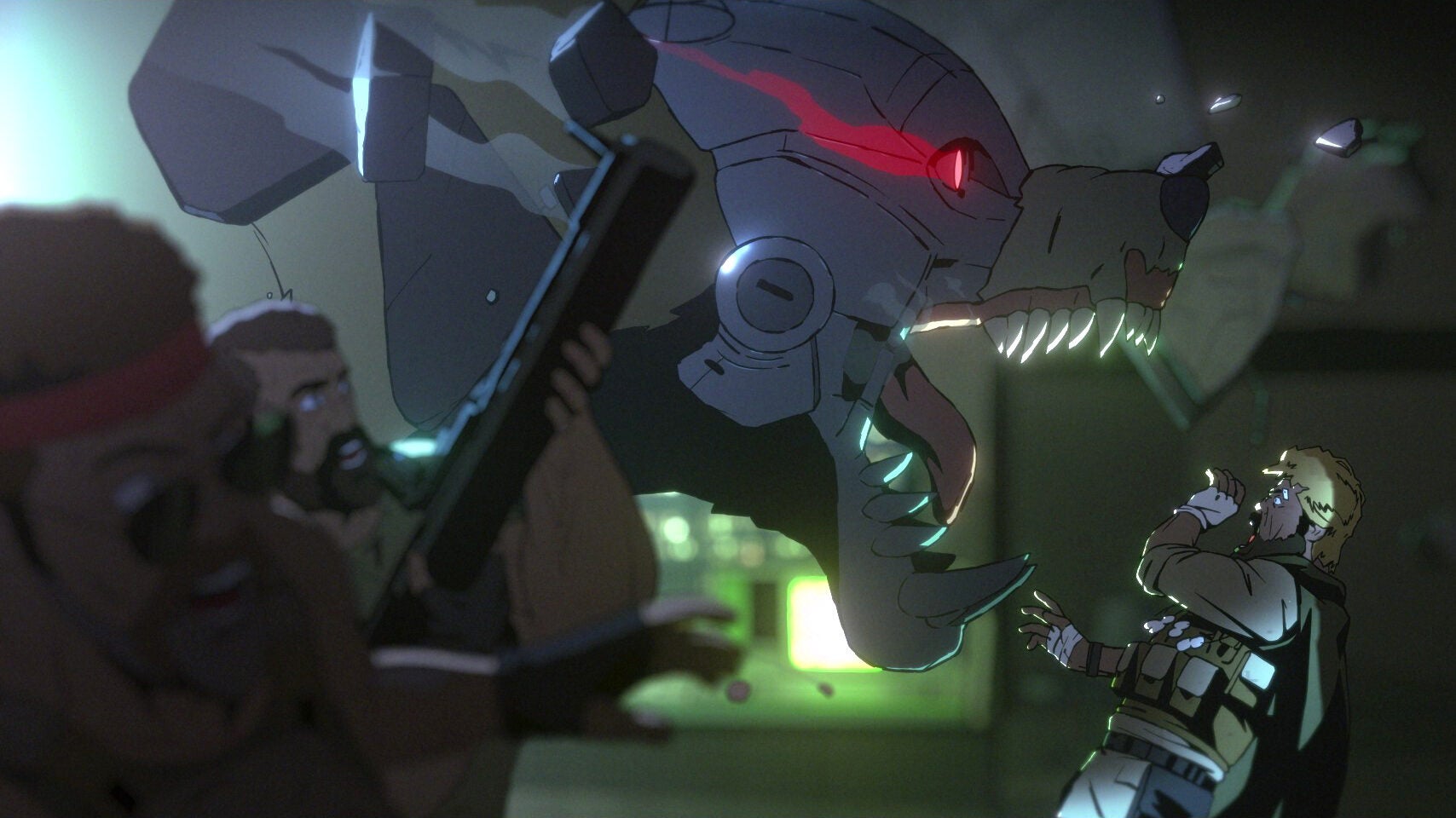 Service members and veterans have a reputation for being sticklers for authenticity when it comes to military entertainment. In fact, some vets turn into “well, actually” pedantic types who catch every minor mistake, from a shabby uniform to a mispronounced turn of phrase.

But here’s the thing: Accuracy matters, and it’s not just about getting the technical details right, like weapon handling, fire, and movement. Nailing down the nuances of military culture is also important. The number of shows (and movies) who fail to do this far outnumber the few who do well.

Of all the military-themed shows I’ve seen recently, one of the best for capturing military culture involved a special ops mission pitting a group of steroid-raging soldiers in Afghanistan against a Terminator-type grizzly bear. Called “Kill Team Kill,” the 12-minute animated short debuted on May 20 as part of the third installment of Netflix’s sci-fi horror anthology “Love, Death, & Robots.” Directed by jennifer yuh nelsonthe episode’s all-star cast of voice actors includes Joel McHale, seth greenY gabriel moonwho play a team of Army Special Forces soldiers deployed to Afghanistan on a special ops mission that goes terribly wrong when they discover that their sister team of Green Berets has been blown to pieces by this huge mound of nightmarish fuel:

Subscribe to Task & Purpose today. Get the latest military news, entertainment and gear delivered to your inbox every day.

From the beginning, the episode knows its strengths and plays to them. Even the short’s snap line reads as follows: “US Special Forces are trained to neutralize any threat, even a CIA-created cyber killing machine. Your secret weapon? Sense of humor.”

And it’s no wonder why military humor is such a strong theme in “Kill Team Kill”: the episode’s inspiration came from a short story written by an Army veteran, which itself was inspired by a pill-fueled rave. while it was deployed.

“I was really, really tired, hadn’t slept in days, but instead of going to sleep, I indulged in a pretty fucked up mix of crushed pills ranging from Ambien to Flexeril with a nice Rip It add-on,” recalled Justin Coates. , a former Army infantryman who served from 2008 to 2013 and twice deployed to Paktia province, Afghanistan. “That was the only time in my life that I fucked with pills.”

The result of that sleep deprivation decision? Coates said that he “hallucinated a robot bear” and that became the basis for a short story that can be read in the military horror anthology “SNAFU” or the book version of “love, death and robots.” Coates, who co-wrote the script for the episode, was joined by tim miller Y Philip Gelatt on the front of the writing.

While the humor in the short is, for lack of a better term, vet, that’s part of the charm, particularly since the episode is so short. If this were a two-hour feature-length production, the crude jokes, one of which involved a soldier’s last words being “tell my wife I… fucked her sister,” might start to sour, even among some veteran viewers who would have enough. It is time to remember that they are no longer 20 years old and live in the barracks, where the only forms of humor available were shame and hanging.

Instead, the animated short film, done in the style of “GI Joe” but rated R, allows the audience to flip a mental switch and step back into the shoes of their younger, more enthusiastic selves, when everyone believed they were. they were 100 foot tall masters of the universe who pissed off jet fuel, shitty plastic explosive, and could destroy anything given enough time, ammo and nicotine. Even colossal metal-plated killer bears.

The latest in Task and Purpose

Do you want to write for Task & Purpose? Click here. Or check out the latest stories on our home page.