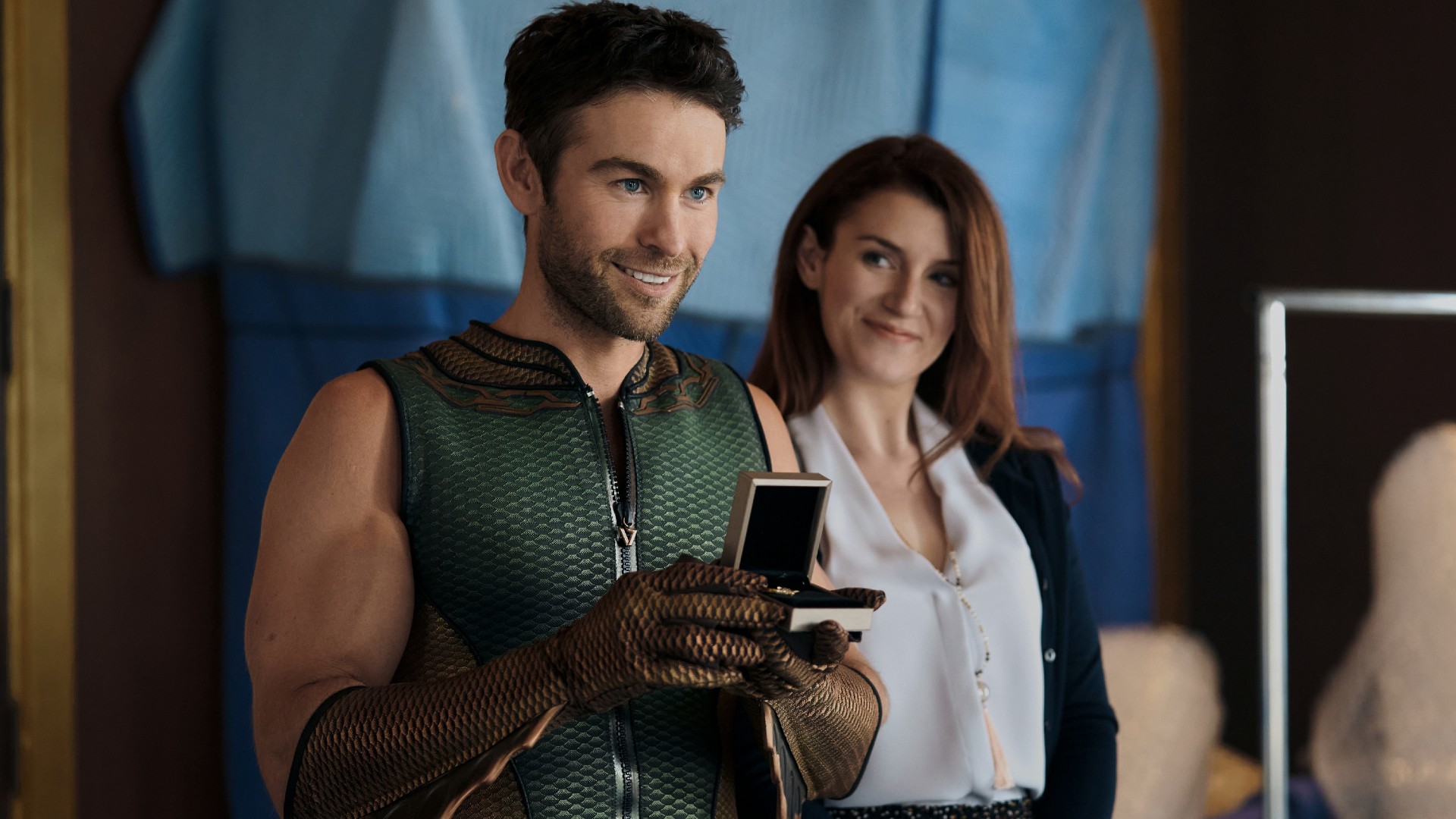 Through two excellent seasons, Boys has captured a slightly hyperbolic version of our own world in which superheroes dominate Western culture and the filthy masses condone any and all of their excesses. Season 3 greatly elevates the show’s satirical gameplay, becoming more specific, more incisive, and a heck of a lot more fun. No pop culture entity in living memory has understood the human inclination toward hero worship better than Boys and this third season puts that understanding into practice in deeply insightful and entertaining ways.

From the very beginning, it is clear that Boys Season 3 isn’t content to rest on its laurels and bask in the glow of its second outing well received. The rubber meets the road quickly and loudly. when talking to den of geeks at SXSW before the season 3 premiere, Boys Showrunner Eric Kripke revealed that the first 15 minutes of Season 3 were “by far” the craziest thing the show had ever done. And dear reader, the man was not lying. The opening scenes of this season should leave even the most jaded viewers speechless.

Just as important as the impact the opening minutes of this season provide, however, is how financially it grabs viewers with each character in the show’s extensive cast. The creative convention used to start the season makes any “previously on” segments unnecessary as the show helps reminds us all of what the cast has been up to and where they are now. Hughie Campbell (Jack Quaid) has decided to go legit, working with Congresswoman Victoria Neuman (Claudia Doumit) at the Federal Office of Superhuman Affairs. There, he and “Vicki” (who is a super-secret brain-buster, a fact known to the audience but not to Hughie) have successfully reduced superhero-related collateral damage by 60%. Meanwhile Butcher (Charles Urban) and the rest of his Boys (except for Mother’s Milk, who is trying to put life behind him) struggle to adjust to their new reality by working under Hughie and all the government bureaucracy that comes with it.

On the upside of things, Homelander (Antony Starr) is having a hard time adjusting to life after Stormfront (Aya Cash), his Nazi girlfriend who was sent at the end of season 2. Vought CEO Stan Edgar (Giancarlo Esposito) has a Homie (a nickname Starr used in an interview with Dog and one we’re stealing) on ​​the interview circuit to reassure people that he’s just a human being, tragically capable of falling for the wrong woman just like any of us. However, there are so many times that the arrogant god-like ubermensch can bear to hear those words come out of his mouth. Something has to give with Homelander in season 3 and you wouldn’t know it, eventually it does in an impressive way.

Although Butcher and Homelander drive much of the plot in Boys out of sheer necessity, the show is good at giving some of its less powerful characters satisfying story arcs as well. While a minor show may have run out of stuff for supers like A-Train (Jessie T. Usher) or The Deep (Chace Crawford), Boys has a lot of new hell in store for them…particularly The Deep, which turns into something like BoysWork of the universe this year. Characters like Annie January aka Starlight (Erin Moriarty), Kimiko (Karen Fukuhara), and Queen Maeve (Dominique McElligott) are based on the Vought’s cheeky “Girls Get It Done” campaign from last season to uh…really do shit. First introduced as the audience’s eyes and ears within Vought in Season 1, Annie has also wonderfully transformed into its conscience and it is she who grapples with the most provocative moral issues raised in Season 3.

In fact, Season 3 is filled with all sorts of provocative questions that may or may not have answers. Boys has remained steadfast in his themes and motifs throughout his career, examining concepts such as America’s Historic Footsie With Fascismthe parent-child relationshipsand absolute power that absolutely corrupts. Season 3 adds another important topic to the ledger: how How far must good people go to defeat evil? At one point in season 3, Hughie utters what could be the catchphrase of the season: “The right way doesn’t work. I’m so tired of losing.” It’s a valid question, born out of the frustration that is eerily reflected in much of our current political discourse.