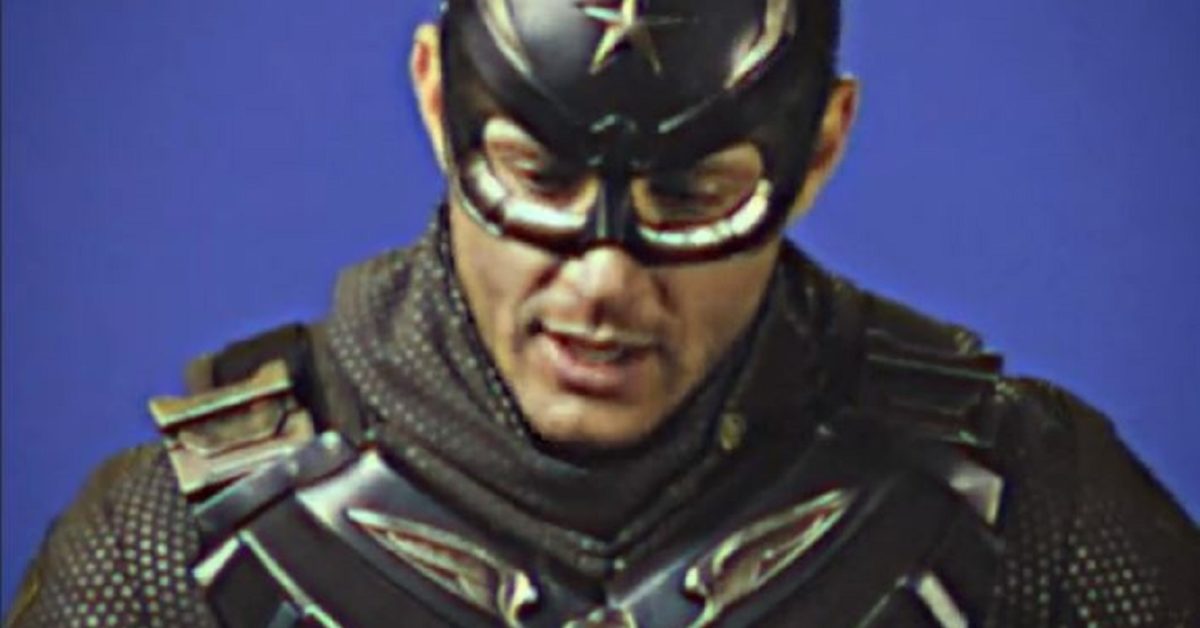 We knew there was no way Amazon and Showrunner & EP eric kripke‘s The Boys were going to leave that Vought International slap unanswered. If you need a refresher… Vought used Memorial Day as an excuse to run a 1984 Soldier Boy PSA (Jensen Ackles) urging kids to stay away from drugs as a way to “honor” their original supe (and also increase their merch sales). Well, it wasn’t long before Frenchie (Tomer Capon) got his hands on the stuff left on the cutting room floor… the stuff that paints a very real picture of Soldier Boy that Vought would never want to see the light. at daytime. Well that day is today…

So, to see Soldier Boy living a “do as I say, not as I do” diva lifestyle, check out the leaked footage of that (in)famous PSA message:

Now, here’s a look back at the only version Vought believed would ever see the light of day (clearly, they forgot who they were dealing with):

In The boys: diabolical “One plus one equals two” (written by Simon Racioppa and led by jae kim & Giancarlo Volpe). Focusing on Homelander (anthony starr), the animated chapter highlights the early days of the leader of The Seven while explaining much about the connection he shares with Black Noir (Nathan Mitchell). With Boys Set to return for a third season that sees Homelander’s sanity deteriorate further, the streamer has released the episode for free so viewers can be better informed by the end of this week:

Now, here’s a look back at the official trailer for Amazon’s The Boys season 3, which arrives on June 3 (followed by our observations):

Having now screened it some 367 times, here’s a breakdown of what the trailer had to offer and what that means for the upcoming season. And be sure to let us know in the comments section how brilliant we are…

Well, it looks like we’re taking a look at Cameron Coleman (matthew edison) new show like Homelander’s (anthony starr) Public relations tour to repair his image. But as we quickly see (and as Erin Moriarty‘s Starlight puts it succinctly), “There’s something wrong with Homelander. Something’s broken. He’s lost his mind.” Considering how things stood at the end of last season and how he had to be tied down, it’s not that surprising. Though if we needed a reminder, we do have that haunting cow milking scene and Homelander gently stroking a bloodstain on it as he lies next to her. And then we have a montage of the growing madness of Homelander as a transition to…

…Butcher (Charles Urban), who is awakened from a feverish dream by the sound of a kettle. We get the summary from Grace (laila robins) on how Butcher has been on the straight and narrow: not killing supers (although we do see him damaging Sean Patrick Flanery‘s Gunpowder pretty bad), he didn’t drink, and “he even followed Hugh Campbell’s instructions [Jack Quid] without killing him.” While Grace sees this as signs that maybe Butcher isn’t “such a jerk.” Dramatically. At least for now…

Now, this is where we start to see some quick scenes from other stories, including Mother’s Milk (laz alonso) finally getting the family life you’ve wanted for so long. But how will she deal with the fact that her job is to “discipline” the very survivors her daughter idolizes her for?

From there, we see Black Noir (Nathan Mitchell) sharpening their tools and Queen Maeve (Dominique McElligott) witnessing an awkwardly harsh exchange between Homelander and A-Train (Jessie T Usher). But it’s the exchange between Vought boss Stan Edgar (Giancarlo Esposito) and Starlight which was fascinating because it gave us the feeling that Edgar is already looking to the future… and Starlight as the new leader of The Seven? I’ve always thought that Vought has some sort of genetic “kill switch” that could activate Homelander if need be…

Ashley (Miniature Colby) alert! And if you were wondering if his life is going to get any less stressful this season, look no further than the moment Homelander decided to drop someone out of the sky to his bloody death before making his next public appearance. And he is also acclaimed for it! Yes, Ashley’s face speaks for all of us.

Oh. That was an unpleasant exchange of glances between claudia doumit(literally) the awesome congresswoman Victoria “Vic” Neuman and Starlight. But then we learn that there might be another way to “blow Homelander’s fucking brains out” that won’t require Neuman’s particular “talent”… Jensen AcklesSoldier Boy (who clearly has anger issues of his own).

From there, we see Butcher fire off some Compound V to give him the boost he needs to handle Homelander. We also see a thawed (and now escaped) child soldier lost, confused, and on the run before he (apparently) causes serious damage to a building due to his power surges.

Once again, Mother’s Milk must be the voice of reason by reminding Butcher that taking Compound V goes against everything they’ve been fighting for. But after a scene that shows him more than comfortable with his new powers, Butcher argues that he needs him to level the playing field.

From there we get some quick cuts to weapons and violence (with bonus points for Laurie HoldenCrimson Countess displaying her powers in a horrifying display) before Homelander once again makes reference to showing his “real” self to the world (as he did before) before offering his own public poll: “I mean, they love me.” From there, we get more cuts to action and violence, and let’s just say we’re not big fans of the position that take caponSerge’s aka Frenchie is inside (although the dance number with Kimiko from Fukuhara looks great). And Mother’s Milk smashing Butcher’s bat without him flinching? Oh.

And then we cut the credits… but wait! We get a final scene where Butcher and the team watch as an unthawed child soldier staggers out of his cryo chamber. And it looks like he has a ton of pent-up power that he needs to burn down quickly (makes us think of that destroyed building earlier). As for Soldier Boy being a “weapon” to take down Homelander? We can’t help but feel that plan isn’t going to work and that SB and Homelander are going to have a lot more in common than they think.

Did you enjoy this? Please share on social networks!