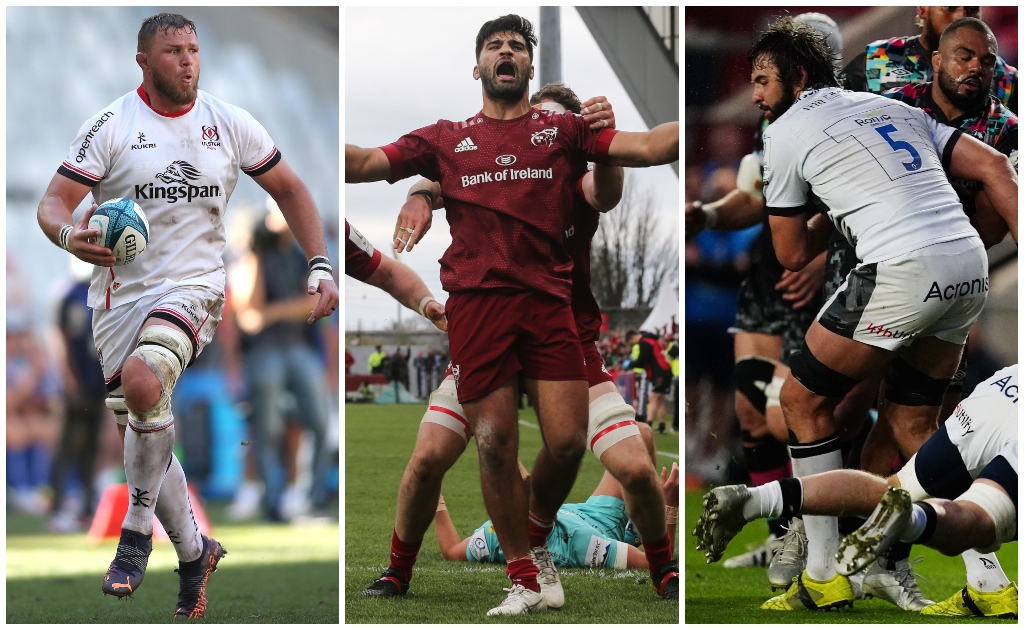 The Europe-based Springboks gave South African coaches and the public a timely reminder of their quality and value in the last knockout round of the Champions Cup, writes Jon Cardinelli.

The Bulls, lions, sharks Y storms they have dominated their international opponents on South African soil in recent months. As a result, three of the four franchises are well positioned to qualify for the United Rugby Championship quarter-finals and, finally, next season’s Champions Cup.

If all goes according to plan, the Bulls, Sharks and Stormers will make their respective Champions Cup debuts later this year. Whether these teams will be ready for the step up in intensity and physicality remains to be seen.

The Champions Cup features some of the strongest clubs in the world and is packed with test stars from all over the planet. It has been the game’s premier club tournament for the better part of a decade, and the ultimate springboard for the international team.

In fact, it is not difficult to understand why the Gazelle The coaches closely follow the South Africans who compete throughout Europe. While Jacques Nienaber and company will be following the local teams at the URC with interest, they will see the performances in the Champions Cup in a very different light.

There has been much debate about who should be in Bok’s squad for the three-Test series against Wales this July, with many fans having critics who have made their arguments based on what they have seen at the URC.

This past weekend, one and all received a timely reminder of why some of the World cup Nienaber and Director of Rugby Rassie Erasmus highly appreciate the British and Irish Lion Hunters and Winners.

Lood de Jager and the Du Preez twins featured prominently in Sale Sharks’ win over Bristol Bears, while Jasper Wiese came off the bench to give Leicester Tigers a boost in their victory over Clermont. Ulster fell to Toulouse but Duane Vermeulen was one of his side’s standouts in collisions and mauls.

At a time when fans in South Africa are demanding a flexible shake-up, building on the brilliant performances of Elrigh Louw and Evan Roos for the Bulls and Stormers at the URC, the more experienced Boks are delivering on club rugby’s biggest stage.

Few critics talk about Rynhardt Elstadt these days, even though he continues to impress for the Champions Cup and Top 14 champions. Elstadt was a gain-line monster against Ulster on Saturday and completed a whopping 29 tackles.

At Thomond Park, Damian de Allende ran down a huge support line to take a volley from Simon Zebo, then finished in spectacular fashion. However, there were many layers to the Bok center’s performance against Exeter.

De Allende came on hard to get Munster over the gain line and made some key turnovers on the break. At one point, Exeter seemed to have found space with a well-aimed kick, before De Allende crossed and grabbed the ball out of the air.

De Allende’s attempt will be repeated over and over again in the coming days. However, his other contributions, and how they shaped the final result, should not be forgotten.

Another burly center made an impression in the recent Champions Cup play-offs, albeit a lost cause for the Harlequins.

Some have criticized Pollard’s performance against Harlequins. Pollard missed a crucial bunt kick, and skillful bunting from Danny Care and Marcus Smith culminated in what many call the try of the season.

However, the Bok fly half recently returned from injury and it will take some time for him to regain his form. Montpellier win on aggregate against Harlequins ensures Pollard will get another chance to shine on the Champions Cup stage next month.

The Northern Hemisphere season, which South African teams are now a part of, is entering the commercial phase. Teams like the Bulls, Sharks and Stormers compete for spots in the URC play-offs and for the game-changing opportunity to join the Champions Cup.

However, many of the top Boks are already competing and excelling at that elite level in Europe, and are strengthening a bid for selection ahead of the 2022 test season.