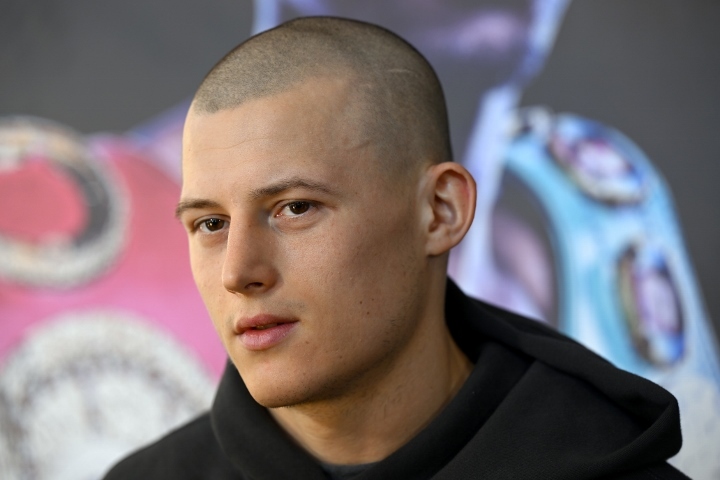 The decision made by Eimantas Stanionis to step aside from a due title shot allowed a three-belt unification fight to take place this weekend.

A similar decision will allow for a fight that would crown the first undisputed men’s welterweight champion in the four-belt era.

Lithuania’s Stanionis (14-0, 9KOs; 1ND) received a consolation prize in exchange for passing up the best opportunity of his career, beating Radzhab Butaev (14-1, 10KOs; 1NC) to win the world welterweight title. of the WBA. The fight was on the undercard of a main event in which Errol Spence added the WBA “Super” welterweight belt to his WBC/IBF collection following a 10th-round knockout of Yordenis Ugas last Saturday at the AT&T Stadium in Arlington, Texas.

Ugas (27-5, 12KOs) was originally ordered to face Stanionis as his mandatory challenger.

A deal was struck that allowed Ugas to face Spence in their WBA/WBC/IBF unification bout, while Stanionis was compensated with a spot on the undercard. The expectation heading into the fight, at least from Stanionis and Butaev, was that the winners of Stanionis-Butaev and Spence-Ugas would meet next. Instead, the public demand has called for an undisputed championship and a pound-for-pound matchup between Spence (28-0, 22KOs) and WBO champion Terence Crawford (38-0, 29KOs), leaving Stanionis with another difficult decision to make.

“It depends on my team. I am very flexible and I only want to fight the best,” Stanionis told BoxingScene.com during a recent Zoom conference call held by the WBA to celebrate and discuss his latest victory. “I never say no to any challenge. It depends on my team and I will be ready for anything.”

Stanionis is promoted by Richard Schaefer and managed by Shelly Finkel, although he has fought largely on Premier Boxing Champions (PBC) platforms since turning pro in April 2017, shortly after representing Lithuania at the 2016 Rio Olympics. All but one of his career fights has taken place on that stage, including his win over Butaev, which headlined a free Showtime broadcast preceding the Spence-Ugas Showtime PPV event.

The April 16 show was put together once Stanionis had agreed to withdraw from his title shot against Ugas, as previously mandated by the WBA through their four-man welterweight box-off tournament. Butaev fought and defeated Jamal James to win the WBA secondary welterweight belt last October, while Stanionis and Ugas spent most of the last four months of 2021 negotiating the terms of their ordered fight.

Stanionis eventually relented and allowed the unification fight to take place, with the understanding of receiving a shot at the winner. The 27-year-old welterweight is open to being a team player, though he will likely require considerable compensation for what others would see as doing the right thing, even at the expense of once again delaying his own goals.

“My dream is still to fight for all the belts and become the undisputed champion,” says Stanionis. “I know I’m young in this game but I like challenges. I can hang out with the best.”

Negotiations have yet to begin for Spence-Crawford, though a clearer path exists with Crawford now a promotional free agent. Spence-Stanionis had not yet been ordered by the WBA, nor were any such plans to do so discussed during Monday’s victory lap press conference.

Stanionis is expected to receive his secondary belt in the mail on Tuesday. The WBA is also planning an in-person appearance later this spring in Stanionis’ homeland of Lithuania.