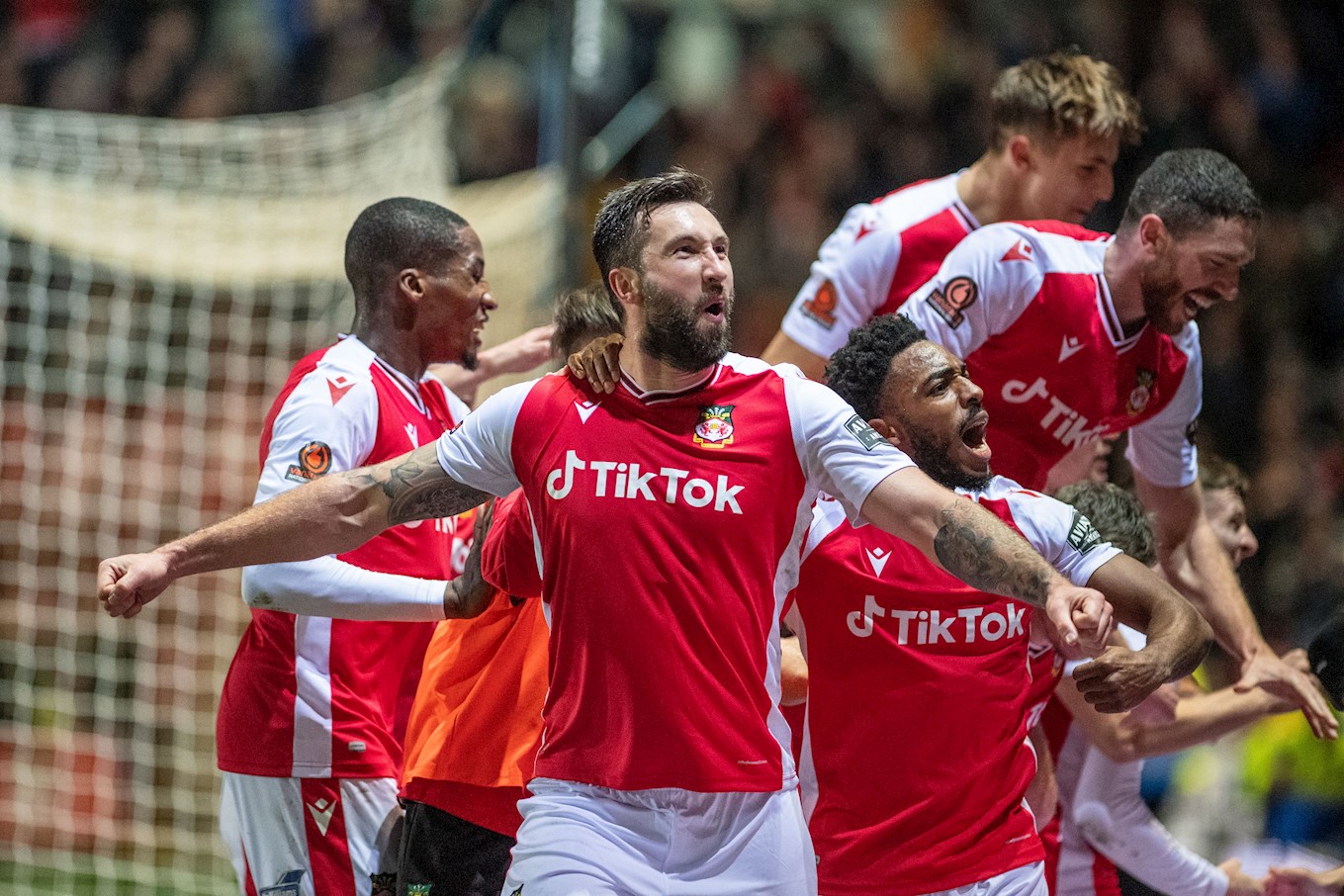 A place in the Vanarama National League play-off final is on the line as Wrexham AFC arrive at the Racecourse Ground for the last time in 2021/22, with Grimsby Town away.

Sunday’s loss at Wembley was painful, as cup final defeats always are, but if Wrexham win the next two games, that pain will be forgotten as we lean towards returning to the Football League after a 14-year absence.

Injuries didn’t help Parkinson’s season-ending planning, and five pros were unavailable for Sunday’s final due to injury. At least he was able to confirm after the game that a couple of those absentees could be in a position to return to the team this weekend.

Grimsby’s win on Monday at Notts County was magnificent and well deserved. They were better at all times, although they had to wait until the end of added time to equalize, and they did not get the winning goal until the specter of the penalty shootout appeared.

The flexibility of their 4-2-3-1 form was particularly effective up front, as Erico Sousa moved in from the right and standout Harry Clifton did the same from the left. Rotating with John McAtee, the trio fed on Ryan Taylor, who proved that Ollie Palmer isn’t the only great leader who can also spread the ball around the floor.

In the back, former Red Dragon Luke Waterfall rallied the back four, and led the referee! – so it was a surprise when Notts County received a late penalty against the development of the game. Although converted, the Mariners could not be denied, and they will be formidable opponents.

Manager Paul Hurst admitted to the Grimsby Telgraph after the game that match winner, Emmanuel Dieseruvwe, was almost omitted from the bench.

As for the starting lineup, it wasn’t a great decision. As for being on the bench, it was a big decision for me. Perhaps in the end, chatting with the squad, yesterday I probably wouldn’t have had him on the bench. I thought we might need two midfielders tonight. [but]…something bothered me that we’ve had two strikers on the bench for a while. If we need a goal, we have it on the bench. Fortunately, that scolding… chatting with Chris Doig and Ben Davies, got the nod. He did well.

Wrexham were impressive when Grimsby visited the racecourse last January but only managed one goal, through debutant Ollie Palmer’s close range finish. Their riotous celebration immediately gained iconic status among the Wrexham faithful.

Prepare for a tense affair, because in recent years the Mariners’ visits to the track have tended to be low-scoring affairs. Only three goals have been scored in their last 5 games in North Wales, and Palmer’s goal this season was the only one we managed.

Furthermore, in 12 of the last 15 games against Grimsby at The Racecourse, one or both sides have kept a clean sheet!

However, we have enjoyed resounding victories during that period. In 2011 Jay Harris and Andy Morrell scored in a 2-0 victory to mark Grimsby’s first visit to Wrexham in the National League, and a memorable performance in August 2006 saw Steve Evans, Chris Llewellyn and Matty Done score in a 3-0 win.

For our biggest win against them, go back to May 1955. Eric Betts scored twice, with Ron Hewitt, Arthur Gwatkin and Billy Green also scoring in a 5-0 win.

Tommy Tilston, who scored a hat-trick in a 4-0 win last season, is our top scorer in this fixture as he finished with five goals against Town. That total was later matched by Dave Smallman.

Wrexham fans watch the play-offs warily (after all, we’ve never been promoted like that before), but the sequences are there to be broken, and we don’t really do too badly in the play-off semi-finals. In fact, a win in this game will tip the scales in our favor in terms of the last four play-offs.

We have reached the semi-finals of the play-offs four times and gone through twice. The first occasion was in 1989, when Dixie McNeil’s team faced Scunthorpe United in a bid for promotion to the third division.

A rare goal from Daren Wright after just 2 minutes put us on the road, and although The Iron equalized with just 10 minutes left, Ollie Kearns scored twice in three minutes to ensure we were 3-1 up after half an hour.

That would prove to be the final scoreline, and a 2-0 victory in the second leg, with Kevin Russell scoring both, meant we went through to a final against Leyton Orient.

Our next tiebreaker would come 22 years later and it would be one to forget. We were unbelievably unlucky to collect 98 points but still didn’t go up, and went into the play-offs as strong favorites against Luton Town.

However, to everyone’s amazement, The Hatters enjoyed an incredible first half, hitting 3 times to seemingly break the tie.

Incredibly, Wrexham forced a lightning bolt on the return to Kenilworth Road. Andy Mangan pulled one back in the 8th minute and our blistering start continued when we won a penalty. Unfortunately, Gareth Taylor missed from the spot and took the wind out of our sails: as we took risks to get back into the tie, we were intercepted and lost 2-1.

The following year we made the play-offs again and, frustratingly, found ourselves against Luton again in the last four! Once again the first leg was a disappointing affair as we lost 2-0 away from home, and a penalty meant The Hatters were up 3-0 on aggregate at half-time in the second leg.

Once again Wrexham mounted a spirited fight against all odds. Adrian Cieslewicz recovered a goal and Andy Morrell put Mark Creighton in front for the last half hour as we bombarded the visitors. Morrell added the second with 13 minutes to go, but we couldn’t force the goal that would have tied it in extra time.

In 2013 we reached the play-offs for the third consecutive season, and this time we would have a better time. In fact, luck was on our side when Dave Artell’s last game red card at Mansfield was surprisingly overturned, and he scored the opening goal against Kidderminster to celebrate his good fortune.

The Harriers equalized from the spot, but Neil Ashton hit an 82North Dakota Penalty minute to give us an advantage after the first leg.

The second leg at Aggborough would be a memorable occasion. To the roar of over 1,500 Wrexham fans, Brett Ormerod gave us the lead after half an hour. Kidderminster equalized after the break, but a fine goal from Joe Clarke extended our lead, and another late penalty from Neil Ashton secured a final at Wembley against Newport County.