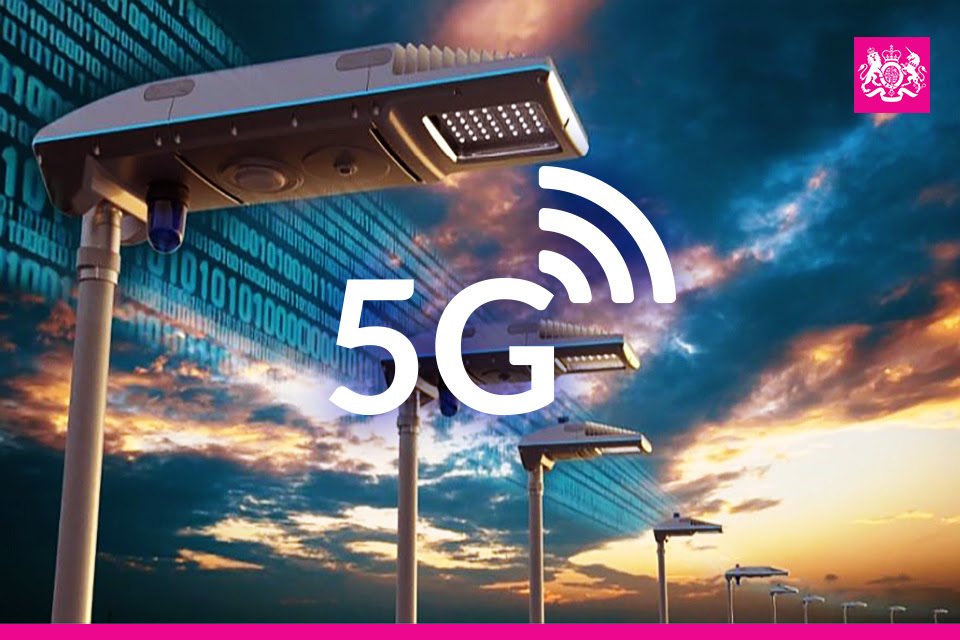 Eight winning projects will receive a share of the £4 million Digital Connectivity Infrastructure Accelerator (DCIA) to explore how digital software can help simplify processes for local authorities when telecom operators request access to publicly owned buildings and infrastructure. on the sidewalk.

Street furniture such as road signs and CCTV poles can be used to improve 4G coverage, but they are also an integral part of 5G rollout, which requires a larger number of smaller ‘cell sites’, where antennas and other telecommunications equipment are placed to form a network, to ensure seamless coverage and meet the growing demand for connectivity.

However, telecommunications companies can often find it difficult and time-consuming to acquire the information necessary to verify that a structure is suitable for housing network equipment, such as its location, physical dimensions, proximity to the street, or access to a power source. energy, which is slowing down. reduce the rate of deployment.

In response, the government will invest in testing the latest innovations in digital asset management platforms. This software will enable municipalities to more easily share the data mobile businesses need to accelerate their deployment plans and bring the revolutionary benefits of 4G and 5G to people and businesses.

“ Everyone gets frustrated when their mobile signal is poor, especially when spotty coverage delays important work and social calls and makes it harder to get things done online. That’s why we’re determined to give the UK the connectivity it needs by rolling out better mobile coverage as quickly as possible.

“ Currently, it is difficult for mobile phone companies to obtain the data they need to verify that a lamppost, a marquee or a public building is suitable to house their kit. These eight pilots will help solve this by modernizing the way local authorities and operators work together in a way that ultimately brings faster and more reliable mobile coverage to millions of people. It’s all part of our joint strategy to bring world-class connectivity to every corner of our country.”

5G is the next generation of mobile internet connection and offers download speeds up to 100 times faster than 4G, making mobile phones much faster and capable of processing ever-increasing amounts of data. But it is also expected to expand the role that mobile technology plays in society at large by enabling thousands more ‘smart’ devices on the street that connect to the internet and to each other.

This will pave the way for new virtual and augmented reality services and help drive the adoption of new innovations such as self-driving cars and remote healthcare technologies. And it could transform the way public services, such as energy and transportation, are delivered by enabling greater control and real-time responsiveness to reduce waste, pollution or congestion.

“Reducing the time it takes to deploy mobile infrastructure is important to enable mobile operators to roll out 4G and 5G across the country and meet ambitious government targets.

“The DCIA trial and its project winners will provide positive examples of how local authorities can use technology to speed up processes and develop effective relationships with mobile operators to improve coverage for all.”

The project means that communities in 44 local authority areas can expect to benefit sooner from faster and more reliable mobile coverage. It could mean there is less need for new masts, which can often take longer to build and set up. If successful, the technology could be rolled out to local authorities across the UK.

The project winners are in England and Scotland as part of the government’s mission to improve access to fast and reliable connectivity. Areas set to benefit from the pilots include Angus, Dundee, Fife, Perth and Kinross in Scotland, as well as Tyneside, Sunderland, Dudley, Wolverhampton, Somerset, Dorset and several other areas in England.

It comes as the government moves forward with plans to connect up to 187,000 rural facilities through Project Gigabit, the government’s £5bn program to build world-class broadband infrastructure in hard-to-reach areas.

Broadband providers have been invited to bid for contracts worth up to £292m to improve rural homes and businesses in Cumbria, Durham, Northumberland, Cambridgeshire, Dorset and Teesdale, with initial work expected to begin. later this year.

The government has also answered to a call for evidence launched in March last year to better understand the demand, benefits and barriers involved in connecting fewer than 100,000 venues that are likely to be very difficult to reach with gigabit-capable broadband, where costs and challenges of implementation become prohibitively high.

This evidence is being used to assess policy options that will address these issues, to be announced later this year.