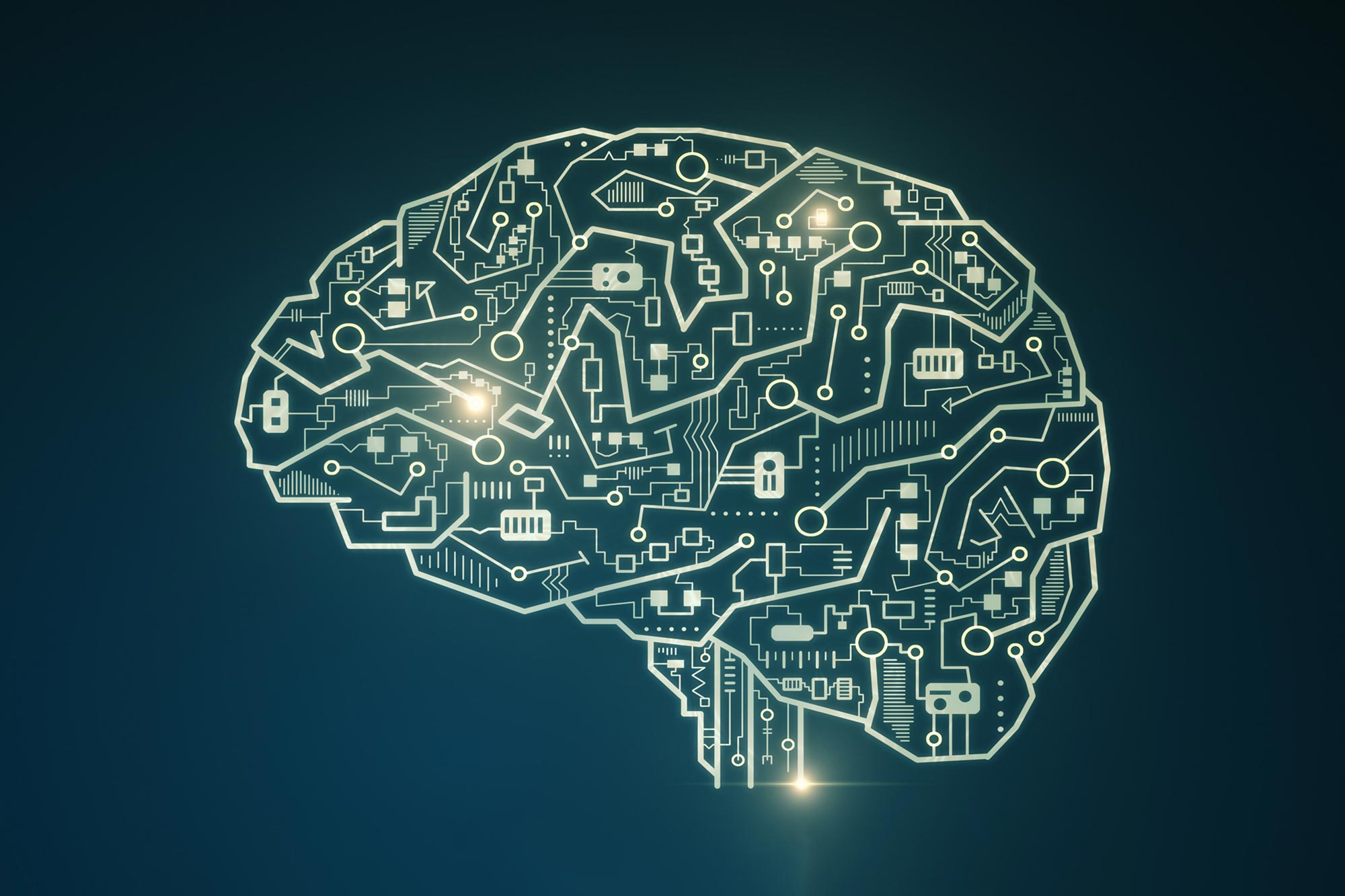 In a discovery published in the journal Nature, An international team of researchers has described a novel molecular device with exceptional computational prowess.

Reminiscent of the plasticity of connections in the human brain, the device can be reconfigured on the fly for different computational tasks simply by changing the applied voltages. Furthermore, just as nerve cells can store memories, the same device can also retain information for future retrieval and processing.

“The brain has the remarkable ability to change its wiring by making and breaking connections between nerve cells. Achieving something comparable in a physical system has been extremely challenging,” said Dr. R. Stanley Williams, a professor in the Department of Electrical and Computer Engineering at Texas A&M University. “Now we have created a molecular device with a great capacity for reconfiguration, which is not achieved by changing the physical connections as in the brain, but by reprogramming its logic.”

Dr. T. Venkatesan, Director of the Center for Quantum Research and Technology (CQRT) at the University of Oklahoma, Scientific Affiliate of the National Institute of Standards and Technology, Gaithersburg, and Adjunct Professor of Electrical and Computer Engineering at the National University of Singapore, He added that his molecular device could in the future help design next-generation processing chips with improved computational power and speed, but with significantly reduced power consumption.

Whether it’s the familiar laptop or a sophisticated supercomputer, digital technologies face a common nemesis, the von Neumann bottleneck. This delay in computational processing is a consequence of current computer architectures, in which memory, which contains data and programs, is physically separated from the processor. As a result, the computers spend a significant amount of time transporting information between the two systems, causing the bottleneck. Also, despite extremely fast processor speeds, these drives can be idle for long periods of time during data exchange periods.

As an alternative to the conventional electronic parts used to design memory units and processors, devices called memristors offer a way around the von Neumann bottleneck. Memristors, such as those made of niobium dioxide and vanadium dioxide, change from being an insulator to a conductor at a certain temperature. This property gives these types of memristors the ability to perform calculations and store data.

However, despite their many advantages, these metal oxide memristors are made from rare earth elements and can only function in restrictive temperature regimes. Therefore, there has been an ongoing search for promising organic molecules that can perform a comparable memristive function, Williams said.

Dr. Sreebrata Goswami, a professor at the Indian Association for the Cultivation of Science, designed the material used in this work. The compound has a central metal.[{” attribute=””>atom (iron) bound to three phenyl azo pyridine organic molecules called ligands.

“This behaves like an electron sponge that can absorb as many as six electrons reversibly, resulting in seven different redox states,” said Sreebrata. “The interconnectivity between these states is the key behind the reconfigurability shown in this work.”

Dr. Sreetosh Goswami, a researcher at the National University of Singapore, devised this project by creating a tiny electrical circuit consisting of a 40-nanometer layer of molecular film sandwiched between a layer of gold on top and gold-infused nanodisc and indium tin oxide at the bottom.

On applying a negative voltage on the device, Sreetosh witnessed a current-voltage profile that was nothing like anyone had seen before. Unlike metal-oxide memristors that can switch from metal to insulator at only one fixed voltage, the organic molecular devices could switch back and forth from insulator to conductor at several discrete sequential voltages.

“So, if you think of the device as an on-off switch, as we were sweeping the voltage more negative, the device first switched from on to off, then off to on, then on to off and then back to on. I’ll say that we were just blown out of our seat,” said Venkatesan. “We had to convince ourselves that what we were seeing was real.”

Sreetosh and Sreebrata investigated the molecular mechanisms underlying the curious switching behavior using an imaging technique called Raman spectroscopy. In particular, they looked for spectral signatures in the vibrational motion of the organic molecule that could explain the multiple transitions. Their investigation revealed that sweeping the voltage negative triggered the ligands on the molecule to undergo a series of reduction, or electron-gaining, events that caused the molecule to transition between off state and on states.

Next, to describe the extremely complex current-voltage profile of the molecular device mathematically, Williams deviated from the conventional approach of basic physics-based equations. Instead, he described the behavior of the molecules using a decision tree algorithm with “if-then-else” statements, a commonplace line of code in several computer programs, particularly digital games.

“Video games have a structure where you have a character that does something, and then something occurs as a result. And so, if you write that out in a computer algorithm, they are if-then-else statements,” said Williams. “Here, the molecule is switching from on to off as a consequence of applied voltage, and that’s when I had the eureka moment to use decision trees to describe these devices, and it worked very well.”

But the researchers went a step further to exploit these molecular devices to run programs for different real-world computational tasks. Sreetosh showed experimentally that their devices could perform fairly complex computations in a single time step and then be reprogrammed to perform another task in the next instant.

“It was quite extraordinary; our device was doing something like what the brain does, but in a very different way,” said Sreetosh. “When you’re learning something new or when you’re deciding, the brain can actually reconfigure and change physical wiring around. Similarly, we can logically reprogram or reconfigure our devices by giving them a different voltage pulse then they’ve seen before.”

Venkatesan noted that it would take thousands of transistors to perform the same computational functions as one of their molecular devices with its different decision trees. Hence, he said their technology might first be used in handheld devices, like cell phones and sensors, and other applications where power is limited.

Other contributors to the research include Dr. Abhijeet Patra and Dr. Ariando from the National University of Singapore; Dr. Rajib Pramanick and Dr. Santi Prasad Rath from the Indian Association for the Cultivation of Science; Dr. Martin Foltin from Hewlett Packard Enterprise, Colorado; and Dr. Damien Thompson from the University of Limerick, Ireland.

Venkatesan said that this research is indicative of the future discoveries from this collaborative team, which will include the center of nanoscience and engineering at the Indian Institute of Science and the Microsystems and Nanotechnology Division at the NIST.

This multidisciplinary and multinational research was supported by the Singapore National Research Foundation under the Competitive Research Programs; Science and Engineering Research Board, India; the X-Grants Program of the President’s Excellence Fund at Texas A&M; Science, Technology and Research, Singapore, under its Advanced Manufacturing and Engineering Individual Research Grant; startup funds at CQRT University of Oklahoma; and the Science Foundation, Ireland.