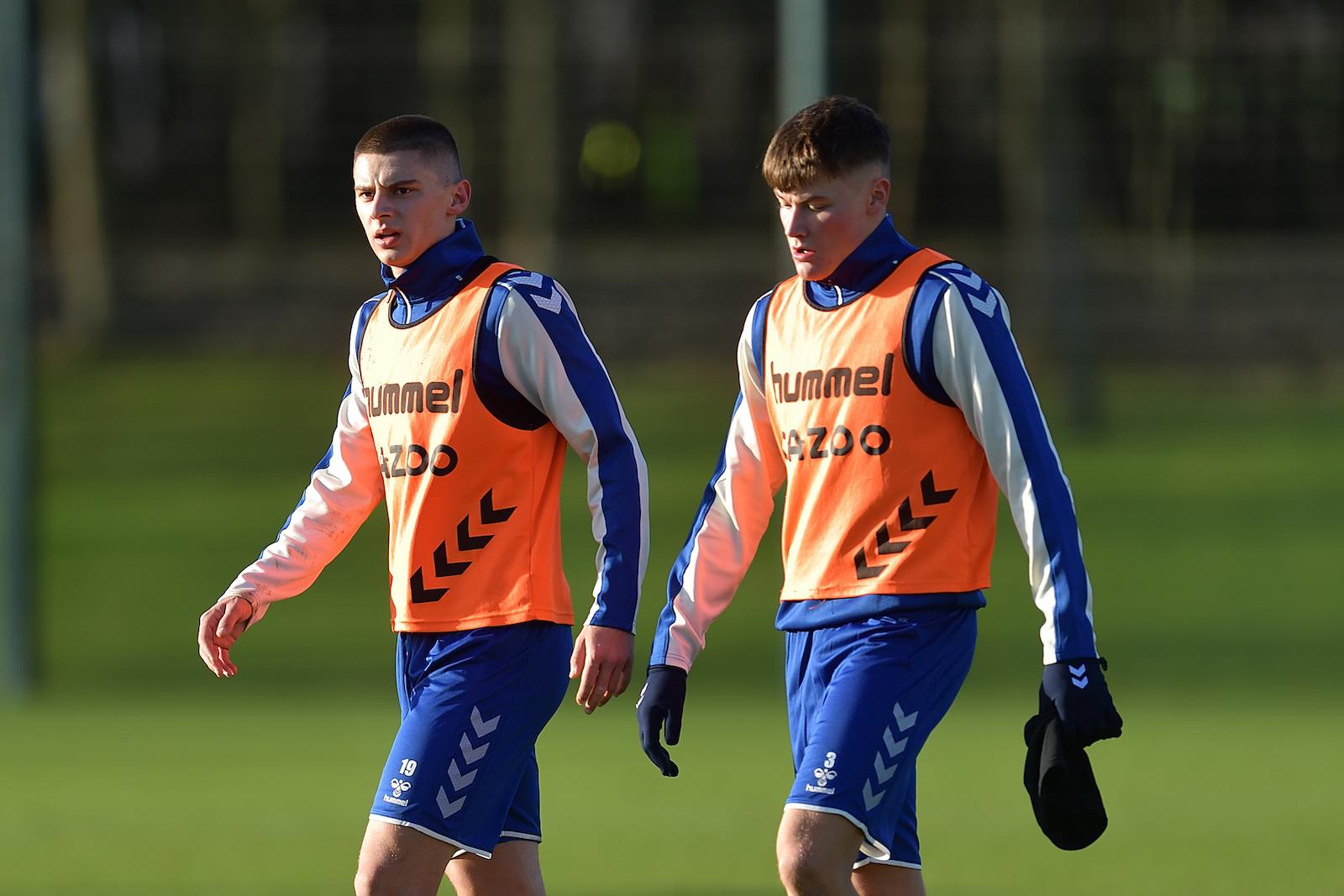 Patterson’s Scotland host the Ukraine at Hampden Park, with the winner traveling to Wales to decide who travels to the tournament final in Qatar this winter.

Both full-backs moved to Merseyside in January and McFadden predicts a productive future.

In Mykolenko, McFadden called on his nation to beware of the 23-year-old’s threat of attack.

“I hope he doesn’t take any shots from the edge of the box, especially after his goal against Leicester!” McFadden joked in an interview with evertonfc.com.

“When he first came in, I think he struggled a bit, but Frank [Lampard] has managed to get in and make it play and it looks brilliant.

“He is a young player who still has a lot to develop.

“He has done very well, and Scotland will have to look after him because this is a great game.

“Obviously there are the atrocities in Ukraine and nobody wants to see that.

“I am happy that the Ukrainian players feel that they can play the game.

“If they feel good and ready to play, then I’m glad the game is going ahead.

“It will be an experience that I have never seen or been involved in before. Playing against a team that has a lot going on in the background at home.

McFadden insists he hasn’t been surprised by the support Mykolenko continues to receive from Everton residents following the invasion of his homeland Ukraine.

“It’s what Everton do,” he continued.

“As soon as you walk into this Club, you are one of them.

“I am not surprised by the show of support in the home game [against Manchester City] It was incredible.

“I was watching it on TV, but you could feel it.

“You could feel the atmosphere, the love and support.

“I’m not surprised; this is a special club.

“I know people will say that regardless of who you played for, but this Club really is, they welcome you.

“I have been away from this Club for years, but I walk down the street and everyone still wants to know how you are doing.

“If you show that you care, show a little passion and that you can play, then this club will love you and Vitaly Mykolenko has certainly been that and the club has shown him that support.

“It’s not a surprise that they did that, since that’s just the way they are.”

The road to World Cup qualification has seen Patterson emerge as one of Scotland’s brightest young stars, with a goal and an assist in a 2-0 win over Moldova arguably his best performance for the national team. of Steve Clarke so far.

Patterson moved to Goodison Park shortly after that game and, despite frustration over an ankle injury that cut the 20-year-old’s season short, McFadden is confident the former Rangers defender will become a key player with Lampard.

“He’s come down and hasn’t played much yet, but he’s shown by his performances for Scotland that he’s a talented player,” McFadden added.

“He won’t mind coming to play for Everton.

One player who could prove pivotal to Patterson’s development is Seamus Coleman, McFadden labeling his former teammate the ideal role model.

“Seamus is going to be key for him because he came to the Club as a young player. He had a lot to develop. Great attitude and he was eager to learn,” he said.

“Seamus will certainly help him because he is also the captain.

“I can’t believe where the time is going, but he has become a mature player who leads by example. He has always done that and he is also vocal.

“It’s a natural progression for you to follow and try to help the younger players that are coming up and Seamus will be brilliant for him because he’s been such a great server for Everton.

“The [Seamus Coleman] he is probably one of the best signings the Club has made in terms of value.

“He will certainly learn from Seamus and there is no better player to learn from.”