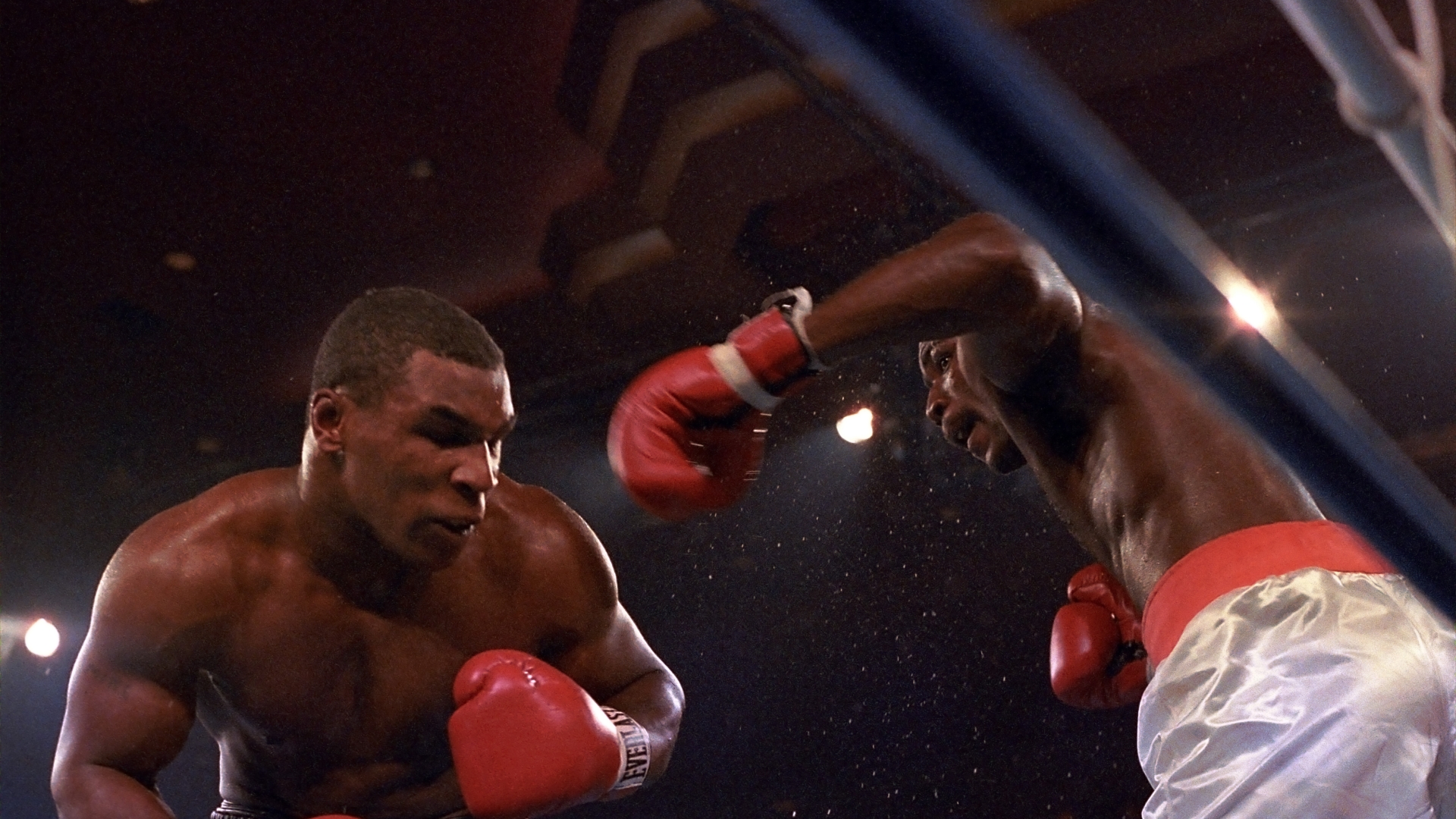 The man Mike Tyson found the hardest to knock out, who ‘Iron Mike’ said made him sick with pain after a war of attrition, was an unknown who left boxing with 17 career losses.

José Ribalta fought the 20-year-old Tyson in 1986, three months before he became the youngest world heavyweight champion in history by decimating Trevor Berbick in five minutes. The Cuban-born Ribalta was expected to be an easy job, but he ended up giving a young Tyson the toughest night of his, rising from three knockdowns to battle it out last into the final round.

“I hit Jose Ribalta with everything, and he took everything and kept coming back for more,” Tyson marveled at Ring magazine years later, when he claimed that Ribalta had the best chin of any boxer he had ever fought. Tyson also called ‘El Nino’ ​​the physically strongest heavyweight he had ever shared a ring with, adding: “Ribalta went toe-to-toe with me. He was very strong on rivets.”

Going into the fight, future journeyman Ribalta had a record of 22-3-1. But his losses included a KO loss in his 11th pro fight and then a points setback to Marvis Frazier. The same Marvis Frazier, son of Smokin Joe, who Tyson had been destroyed in 30 secondsa month before.

Tyson entered the ring against Ribalta looking, if anything, even fiercer than usual. Bare-chested, drenched in sweat, and grunting. Ribalta actually matched Tyson’s intense look before the fight, but HBO analyst Larry Merchant summed up the general sentiment when he greeted the opening bell by telling viewers, “Nobody go to the bathroom or the fridge; Mike Tyson has few hours of work…”.

A wise warning. In the 1980s, Tyson he handed out early KOs like most people handed out business cards. His last four opponents had lasted a combined five rounds and while two men had taken Tyson the distance when he was a teenager: James ‘Quick’ Tillis and Mitch ‘Blood’ Green – they had done it by spoiling and avoiding conflict (Tillis) and running straight (Green).

“Ribalta was a fighter who, unlike Green and Tillis, actually engaged me,” Tyson praised in his autobiography, Undisputed Truth. “I felt nauseous from all the blows to Ribalta’s body, even hours after the fight… I never felt such general pain again.”

The 6-foot-5 Ribalta, who looked impressively muscular as he towered over Tyson, certainly didn’t fit the usual pattern of second-round opponent. Tyson’s infernal hook almost got Ribalta off his feet, but he got up on the count of ‘four’ and survived the furious follow-up to hear the bell ring.

We were already in uncharted territory: Tyson’s enemies tended to succumb early or, through trickery and toughness, escape the initial carnage. No one was that hurt at first, but he got up to fight. However, Ribalta did, even earning an incredulous look from Tyson late in the third round.

In the middle rounds, Ribalta’s game plan of weathering the initial storm and coming back strong was almost paying off. While he was eating a bunch of leather, he was also hitting Tyson in the body when the jagged Brooklynite unleashed his own punches and caught Tyson with hooks.

By round eight, the pro-Tyson crowd was so impressed by Ribalta’s growing success that they began chanting, “Jose! Joseph! Jose!” It only seemed to turn his opponent on, though, as Tyson finally broke through, sending Ribalta’s mouth guard flying into the Trump Plaza audience in Atlantic City, before slamming him into the ropes for a second knockdown.

But Ribalta got up again and seemed likely to survive the 10-round distance before, in the final round, a monstrous left hook sat him down with minutes to go. Referee Rudy Battle asked Ribalta if he wanted to keep fighting and his stone-cold response was emphatic: “Yeah, hell yeah!” However, Tyson jumped on him with more hooks and the referee jumped in to finish things off, despite Ribalta’s anguished protests that he could have made it to the final bell.

Final punch statistics showed that Tyson, approaching his prime, had landed 220 punches, more than a hundred of them power punches. However, Ribalta kept coming back and firing back to the point where the 10th round stoppage was the last KO Tyson would record in his career. For that reason, he, too, was among the legendary heavyweight’s favorite knockouts, even if the violent contest torpedoed his post-fight plans.

“In addition to earning a lot of respect from the crowd and commentators for his determination, Ribalta also managed to ruin my night,” Tyson reflected years later. “After the fight, I had a date with a beautiful young student… This young lady walked me to my room and started touching me but I recoiled in pain. ‘Hears! Please don’t touch me. It’s nothing personal, but I have to go now. I just need a little peace,’ I told him.

“She was very understanding… she had been in the fight and she had seen all the punishment that I had absorbed. I’ve never been through anything like this before.”

Tyson also praised Ribalta’s “willingness not to get knocked out.” The plucky loser attributed his success to being “not afraid” of the white-hot prospect before the fight. “I was one of the first guys to fight Mike Tyson head-on, we did it for 10 tough rounds,” Ribalta said later. “Everyone else was just trying to survive.”

Unfortunately for Ribalta, predictions from impressed pundits that he had proven he could be a top heavyweight contender turned out to be off the mark. He won nine fights in a row, against mostly lackluster opposition, after losing to Tyson, and at one point was campaigning. King King for a rematch. But between 1990 and 1992, Ribalta lost five fights in a row, including a second-round knockout at the hands of frank bruno in London, before retiring in 1999 with a record of 38-17-1.

For Tyson, the result was a mixed bag. He viewed the fight as a valuable learning experience, stating that having to work hard to win was an important part of his journey to become the undisputed champion. Tyson had also shown for the first time that he could take his power late and stop a stubborn opponent.

However, Ribalta, a tall heavyweight with an unimposing record but a good jab and solid fundamentals, had shown how to make those weapons work against Tyson. It was a game plan very similar to the one James ‘Buster’ Douglas would use when he stunned the world by beating Tyson four years later, even if a distracted ‘Iron Mike’ was as much to blame for his own downfall as his life. him out of the ring. he got out of control.

But in 1986, Tyson was still boxing’s fastest rising star, and no boxer made him work harder for a spectacular KO than the unknown and unknown José Ribalta.

deal of the day

Open account offer. Bet £10 and get £50 in free bets for new customers at bet365. Minimum deposit requirement. Free Bets are paid out as Bet Credits and are available for use after settlement of qualifying bets. Exclusions of minimum odds, bets and payment methods apply. Returns exclude Bet Credits stake. Time limits and terms and conditions apply 18+ Begambleaware.org