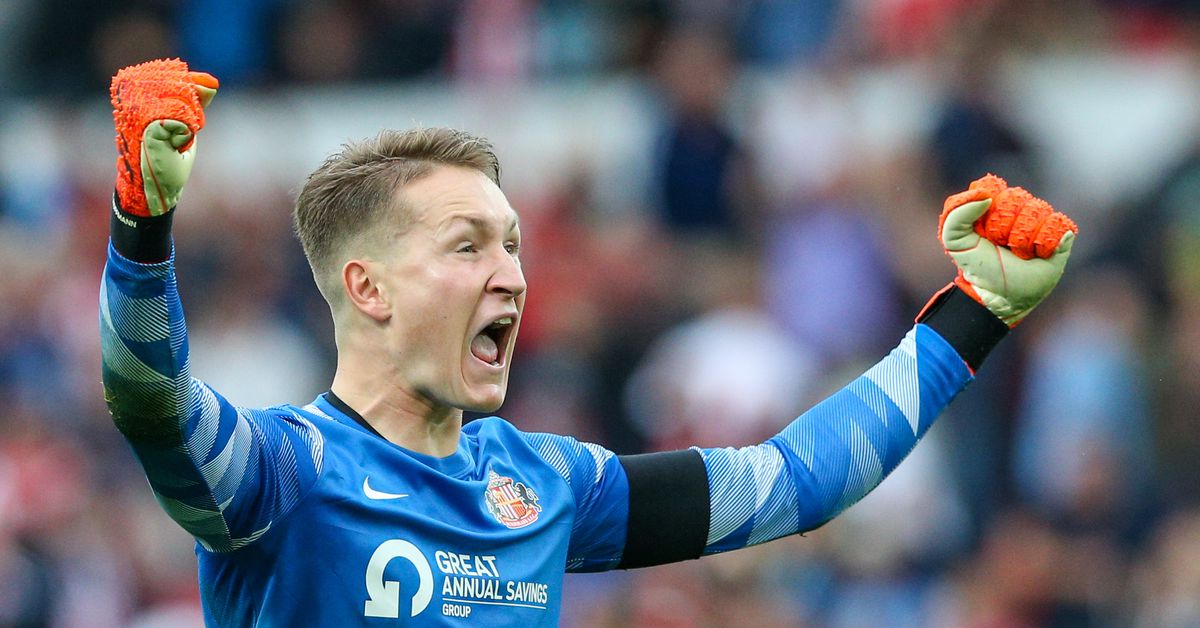 Sunderland were finally promoted to League One last Saturday, courtesy of a 2-0 win over Wycombe Wanderers at Wembley. In the aftermath of that victory, Ron-Thorben Hoffmann wrote his last column for Kickerin which he comments on his experience of the big day.

As well as the Play-Off win, Hoffmann takes advantage of his column to say goodbye to Sunderland after his loan deal expired without the purchase option being triggered, and says he will always be a fan of this ‘crazy’ club, also speaking of what’s next for him, and what he will take with him from his time on Wearside.

It does! After many ups and downs in a season typical of this “crazy” club, the AFC has finally achieved promotion after three years in the third division. And the atmosphere was gigantic: the legendary Wembley Stadium is packed and almost entirely in red and white. Fans sing for 94 minutes at a deafening volume, “Sunderland til I die…” is truly the tune of the metropolis this Saturday in May.

The day at the hotel began for me, of course, with a little melancholy. In the morning I have to think about the famous phrase of the German goalkeeper legend Hans Tilkowski: “Today we lost 2-2”. He said that after the lost 1966 World Cup final in England. And of course the ball was not in and yet Germany lost 2-4.

Did I also lose after having to give up my usual number one spot to a colleague, despite very good performances and values ​​in 23 games because of the whole Corona story? Nope.

It is always important to reflect, but also not to lose sight of the big picture. As a team, we achieved our goal for the season under really difficult circumstances. The fans are (finally) happy, and I made a significant contribution to that with almost half the points we scored. And personally I have gained a lot this year in the far northeast of England: new friends, a new understanding of the game and a completely different and fascinating mindset and (fan) culture. I am 100 percent sure that these important experiences have helped me as a person and as an elite athlete and will help me further in professional football.

I’m proud to have been a part of this crazy club and to have finally contributed to the Netflix series continuing on an even more positive note.

And maybe I learned more from the AFC fans. They never stopped believing in their club, even when things were going very badly. They love football, their city and their club. It is this passion that has fascinated me about football since I was a child. I’d like to thank the AFC fans from the bottom of my heart for that!

Before the game, I received a WhatsApp from a friend’s son, whom I had invited to the game with his father. Freddy wrote: “Beside me is Bellingham! That is so amazing. Thank you for letting us be here.” And in those few words is the same love for the game. Football is truly global and connects people in a very emotional way. Being part of this fascination is great.

From now on, I will be one of many fans to follow the AFC and follow their journey, which will hopefully take them back to the Premier League soon. The fans deserve it.

What’s next for me? “Let’s see,” Franz Beckenbauer would say. And to close the circle: as Günter Netzer did in the legendary first victory of a German team at Wembley, I will come from the back of the room and attack again elsewhere. My goal is to find a real soccer home. That can be good for an ambitious second division team, where you rely on young players with foresight and patience and want to build something for the long term. Stay tuned, I’ll keep you posted!

Finally, five things that I would like to take with me from England to Germany:

1. The confidence, composure and positive mindset of the people, especially in the north

2. Humor and the ability to laugh at oneself

3. Everyday digital life, which makes many things much easier

4. The equanimity to talk about the weather but complain little