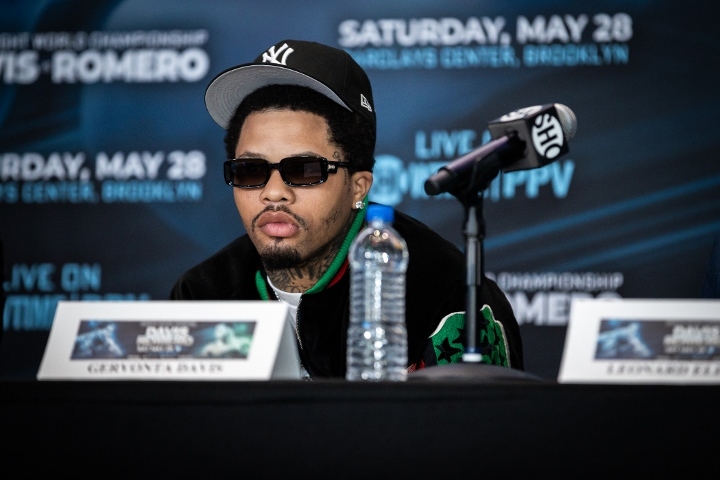 Eddie Hearn isn’t shy about tipping when it comes to capturing potential customers.

The Matchroom Boxing boss recently made it clear that he would make an “aggressive” move to try to sign lightweight Gervonta Davis. Of course, Hearn’s tactics depend on whether or not Davis would be contractually authorized to consider such an offer. Davis has long fought under the Mayweather Promotions banner and has been managed by Al Haymon of Premier Boxing Champions, but there have also been signs that his promotional relationship with Mayweather may be coming to an end.

While Davis has become one of the few bankable boxing stars in the sport in recent years under Mayweather’s guidance, the Baltimore native recently released cryptic tweets expressing his frustration with his influential manager. In one instance, Davis posted a now-deleted tweet suggesting that his next Showtime Pay-Per-View fight with Rolando Romero on May 28 at Barclays Center in Brooklyn is the final fight of Davis’s contract. him with Mayweather. Although Davis has not publicly followed up on that claim, Mayweather recently acknowledged as much, telling FightHype.com: “Nothing lasts forever. I will always love Tank. I like him. Love him, look at him like a son. He has to do what is best for him. I feel like I’ve done a great job so far, building it up and putting it in good fights, great fights.”

News of the breakup and Davis’ potential free agent status has Hearn, who is funded by streaming platform DAZN, apparently rubbing his hands in anticipation.

“I have seen Gervonta Davis post things about other promotion companies reaching out to him,” Hearn told The DAZN Boxing Show. “I am not aware of his contractual position, so I will not approach him directly. But I can walk up to him here and tell him that once his contract expires, of course we’d be willing to make him a fantastic offer.

Hearn didn’t want to speculate too much on Davis’ contract status, but he thinks there are some big fights to be made if Davis is interested in crossing over into the Matchroom/DAZN family. Hearn mentioned Ryan Garcia, who is promoted by Golden Boy, which does business with DAZN, as an intriguing matchup possibility. He also named Devin Haney, the WBC lightweight champion whom Hearn has long promoted, as another. (Haney, however, is no longer under contract with Hearn. Now that he’s signed with Top Rank, Haney may be involved with his new promotional home in as many as two undisputed lightweight championship fights against George Kambosos, their first meeting scheduled for take place June 5 at Marvel Stadium in Melbourne, Australia.

“Again, we don’t want to get involved in [Davis’ contractual status]Hearn said. “There is a big fight with Ryan Garcia on DAZN that will be done with Golden Boy. There is a big fight with Devin Haney after those two fights. We would certainly look to pursue Gervonta Davis extremely aggressively if he were in a position where he was no longer under contract.”

However, Hearn’s ambitious intention comes at a time when his US promotional fortunes have dwindled significantly. Although he is promoting the biggest North American star in the sport, Canelo Alvarez, for at least the next two fights, Hearn appears to be shedding much of his American talent base and promoting few fights in the United States, a result, no doubt, of DAZN’s decision last year to focus on the UK market. In addition to dropping Haney’s promotion, Hearn appears to be ending his long relationship with two-division champion Demetrius Andrade.

Another major hurdle for Hearn is that assuming the Davis fight is with Mayweather alone, even if Davis were to leave Mayweather, it might not make much of a material difference to Davis’s career, as he would still be aligned with his longtime sponsors in Haymon. and Haymond. exclusive television partner Showtime.