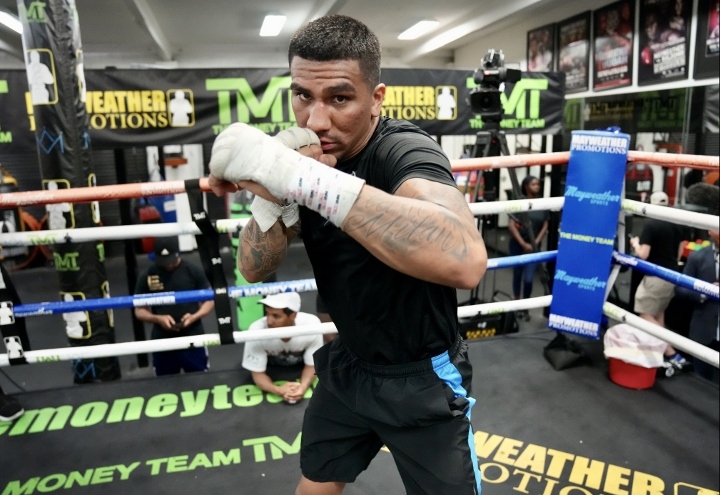 Super welterweight contender Luis “Cuba” Arias will take on Jimmy Williams in a 10-round showdown, while exciting welterweight prospect Jalil “Major” Hackett takes on undefeated Jose Belloso in a six-round attraction in bouts. Undercards that will air live on the SHOWTIME Sports YouTube page this Saturday, May 28 at a Premier Boxing Champions event from the Barclays Center in Brooklyn.

Streaming action will begin at 7 p.m. ET/4 p.m. Roland Romero. SHOWTIME has chosen a remarkable team of broadcasters to host the fights broadcast on Saturday’s pre-show including veteran combat sports reporter Brian Campbell of MORNING KOMBAT, NBA champion Stephen Jackson of ALL THE SMOKE and former world champion unified Julian “J-Rock” Williams. Call in the preliminary action live from the 40/40 Club inside the Barclays Center and look forward to the PPV bouts.

Tickets for the live event, promoted by Mayweather Promotions, GTD Promotions and TGB Promotions, are on sale now and can be purchased through seatgeek.com and barclayscenter.com. Tickets are also available for purchase at the American Express box office at the Barclays Center.

A Milwaukee native who now trains out of Las Vegas, Mayweather Promotions’ Arias (19-3-1, 9 KOs) will look to bounce back on Saturday night from a split decision loss to Vaughn Alexander in December. Prior to that fight, Arias had scored the best win of his career in June 2021, as he earned a decision victory over former unified champion Jarrett Hurd on the Mayweather vs. Paul SHOWTIME PPV. Arias has also fought former champion Daniel Jacobs and owns a draw against veteran contender Gabriel Rosado. He will face Williams of New Haven, Conn. (18-7-2, 6 KOs), who will also be looking to get back in the win column after losing a contest in March to undefeated Tyron James. The 35-year-old Williams owns a 2021 victory over former champion Yuri Foreman and has fought everywhere from 140 to 160 pounds throughout his career, having faced top contenders like Brandun Lee and Abel Ramos.

Hackett (3-0, 2 KOs), a fast-rising prospect in the Mayweather Promotions stable, will look to continue on his path to becoming the next great fighter to represent Washington, DC as he continues his burgeoning professional career on Saturday night. . The 19-year-old turned pro in June 2021, scoring a first-round knockout of Angelo Diaz. He followed that up with another first-round knockout in October, before winning a four-round unanimous decision over Darynn Levya in December. He will face fellow undefeated Belloso (4-0, 4 KOs), who has yet to go the distance since he turned pro in June 2021. The 29-year-old is originally from Carson, California and now resides in Arkansas. him having recently stopped Anthony Woods in three rounds in December.