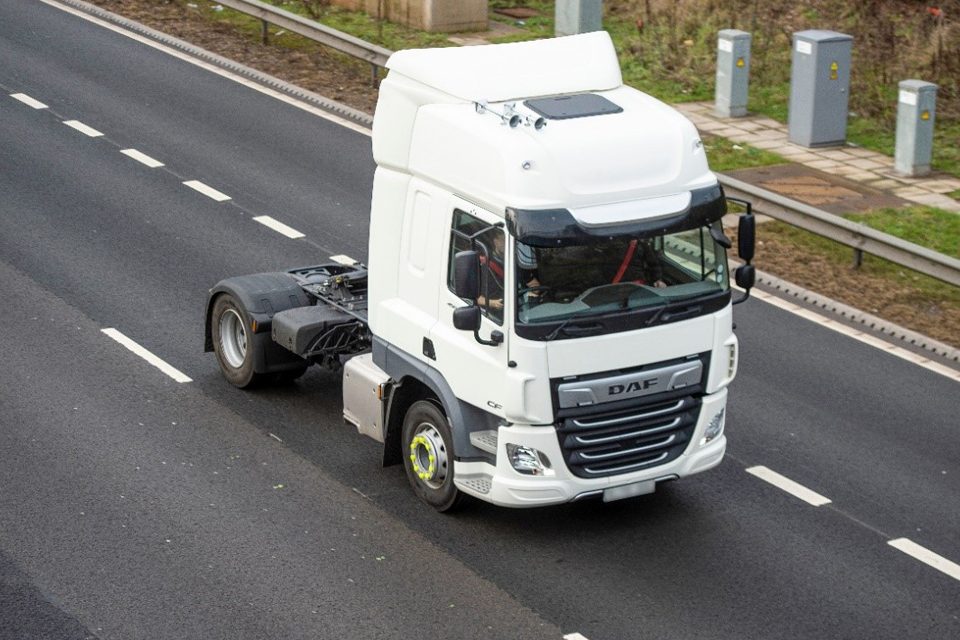 But what he doesn’t realize is that the vehicle next to him is an unmarked National Highways supercab, and there are two police officers inside. When he sees that he is being filmed, he makes a rude gesture.

The images, taken on the A1(M) near Wetherby by North Yorkshire Police, capture one of more than 26,000 offenses recorded by officers in Operation Tramline HGV taxis since National Highways launched the homeland security initiative. The driver received a fixed penalty notice for not wearing a seat belt and using a mobile phone. He received six penalty points and a £200 fine.

The taxis are now being used as part of a multi-agency campaign on the A1, running from Monday 21 March to Friday 1 April, which aims to reduce the number of incidents on the busy route and highlight the risks of dangerous driving.

Under the banner of Operation Mainline, the campaign runs along the A1 from Northumberland to North Yorkshire. Three police forces will be involved: Northumbria, Durham and North Yorkshire.

In addition to supercab patrols, the DVSA and the Health and Safety Executive will also carry out vehicle checks at various locations. National Highway Traffic Officers will visit highway service areas in Washington, Wetherby and Skelton Lake to offer tips to drivers on how to perform basic vehicle maintenance.

National Highways deals with incidents on the A1 every day with 9,675 reported in 2021, including 614 traffic collisions.

Since the launch of Operation Tramline in 2015, over 26,200 offenses have been recorded across England. The most common crimes have included:

In total, 23,971 vehicles were stopped during Operation Tramline between July 2015 and January 2022.

Safety is our top priority at National Highways. Operation Tramline taxis are an important part of our commitment to tackling dangerous driving and those who take unnecessary risks with their own safety and the safety of others on the road.

The number of people who are not wearing their seat belts or using their mobile phones while driving is quite alarming. Through this fortnight of action on the A1 we want to make all our roads safer, raising awareness and encouraging motorists to consider their behavior behind the wheel.

It’s great to collaborate with our partners in law enforcement on this important campaign.

As police officers, we see too many people taking serious risks on our roadways, and those risks can, and often do, cost lives.

We are pleased to join Northumbria Police and Durham Police in working with National Highways to build a really strong team to tackle those who break the law on our road network.

This operation has shown remarkable results before and we know this time will be no different. Officers will cover the section of the A1 24/7 and will not stop in their efforts to target those who have no respect for others on our roads.

It is important to us to work with neighboring forces to keep our road networks safe for all to use, especially when drivers regularly cross force borders. By running these operations together, we can engage and educate drivers on a larger scale about the importance of safe driving and not become just another statistic. We would rather engage with road users to prevent incidents than have to deal with the consequences of a tragic incident.

This operation is a fantastic example of the holistic approach the Armed Forces and partners are committed to taking to keep our roadways safe for everyone.

If you drive while using your mobile phone or are distracted by something else in the car, you are more likely to overlook potential hazards and cause an accident, and these accidents can cost someone or your loved one.

We urge drivers to think before they act, anyone who breaks the traffic rules will see swift action and face the consequences of their choices.

From their elevated vantage point in the cabs of unmarked HGVs, police officers can spot dangerous drivers regardless of the vehicle they’re in.

Incidents witnessed during Operation Tramline included a driver driving a lorry on his knees while having lunch on his lap and also using his phone in the East Midlands. While in West Mercia, officers saw a driver eating lasagna with a knife and fork as he drove down a freeway.

Surrey Police saw one HGV driver boiling a kettle on the dashboard and another eating pickled gherkins from a jar with his elbows on the steering wheel.

A driver was caught twice in one day, in the morning and in the afternoon, using his mobile phone while driving on the A38 in Derbyshire.

Consequences for drivers range from warnings to fixed penalty notices, court citations or even arrest.

DVSA’s priority is to protect everyone from unsafe drivers and vehicles.

Association operations play a vital role in cracking down on drivers and operators who break the rules and endanger road users every day in the Northeast.

The knowledge and experience of DVSA examiners play a central role in identifying and preventing dangerous vehicles from circulating on our roads.

We hope that this joint action will remind operators of their responsibility to maintain road safety.

Employers must ensure that drivers, other workers, and members of the public are safe when vehicles are used for work. There are legal requirements for employers to have robust procedures in place to manage vehicle safety, including ensuring proper procedures are in place, providing workers with proper training and equipment, maintaining equipment and vehicles, and supporting workers. drivers when raising concerns.

Members of the public should contact the National Highways Customer Service Center on 0300 123 5000.

Journalists should contact the National Highways press office on 0844 693 1448 and use the menu to speak to the most appropriate press officer.