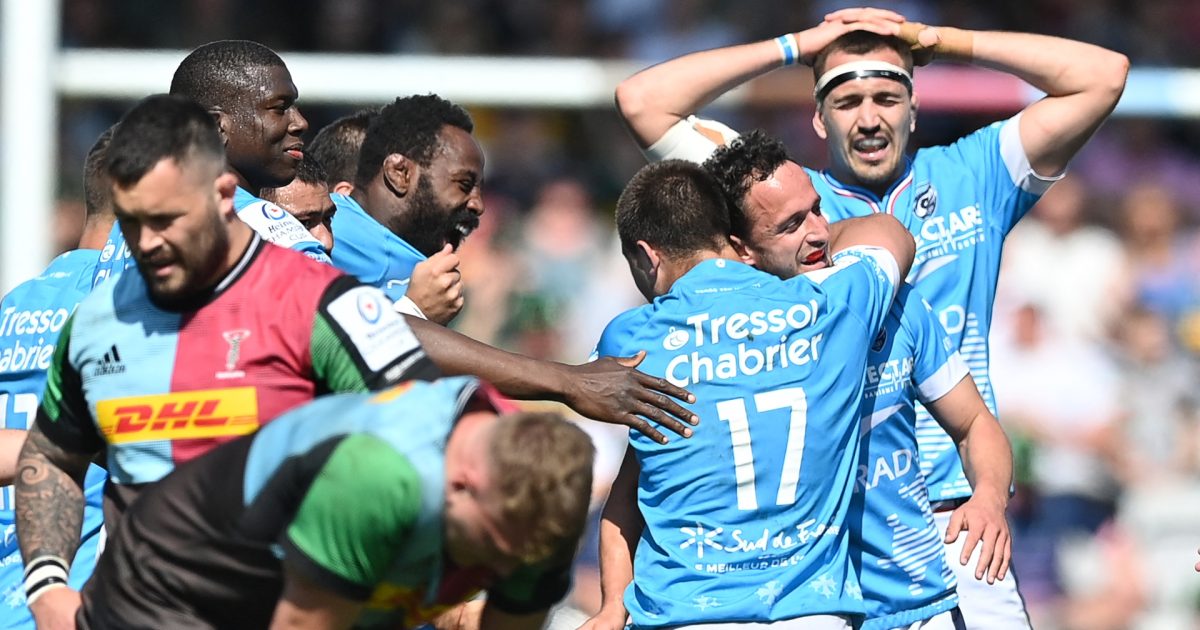 Harlequins senior coach Tabai Matson has called the new round-of-16 format at the Heineken Champions Cup as a farce three days after the reign Gallagher Premier the champions were dramatically eliminated from Europe with an aggregate difference of one point. Matson’s team was one of three top-ranked teams eliminated by lower-seeded teams, Bristol and Ulster also losing Reduction Y Toulouse respectively.

previous All the black people and Fijian International had no problem that Montpelier squeezed Harlequins 60-59 in the two games, conceding that the French were the better team overall. Their problem was that the tournament structure adopted by EPCR effectively gave a struggling team like Montpellier a second chance to succeed in Europe, something now being denied to the English champions in their time of need.

Harlequins won all four of their group games over the winter, defeating castres and Cardiff twice to finish with 19 points second in Group B compared to Montpellier who finished seventh in Group A where they were beaten 42-6 at Exeter and 89-7 at Leinster but it still progressed as they were handed a 28-0 committee room victory over the Irish province by controversial forced cancellation, while also beating the bosses at home to progress.

That contrasting record in the group stage bothered Matson, as he felt the Harlequins were not adequately rewarded for their form in the group section, with Montpellier also receiving a home game in the round of 16 section. final. “It’s quite difficult,” he explained in his weekly media session on Tuesday when asked to review last Saturday’s harrowing European exit at the hands of the French at The Stoop.

“On reflection, we finished second in our group and they finished seventh in their group and basically get a free crack. I’m not sure that in the last 16 there is any advantage for us to finish (as high as we did). In the end we won five games, they won two, but they are not sour grapes. They were better than us in the last two games, so they deserved to go through. I have no qualms about that, but it makes the first part of the game of pool a farce if they can do it twice and you don’t really get an advantage by finishing on top of the table.”

Asked if he thought EPCR, the tournament organizers, were aware of this frustration regarding the format, the Harlequins frontman added: “They know. When you feed back that information now it’s a big complaint. ‘Ah, the guys who got eliminated are complaining about the format of the competition.’ I think the format was a response to what has been happening around covid. I completely get it. When you stop and reflect, you know that a team that comes first in the league plays the team that comes eighth and there really is no advantage other than playing at home in the second leg. That’s not really an advantage.”

If so, does Matson expect the Round of 16 format to be changed for next season? “The feedback we get from the weekend is that it’s really exciting when you’re watching a match, but also the total score, but maybe if you do it in a semi-final or a final it would be really interesting. At this point, perhaps you would consider that teams that have finished well in pool play could gain an advantage. I’m sure I’m not the only person who would have fed that information back.”

Harlequins’ winter form in Europe suggested they would go deeper into the tournament and that anticipation has added to their sense of frustration that this season was clearly a missed opportunity. “That’s why there was a real empty feeling for the players and the whole group. We definitely missed an opportunity.

“It is in us. It is not the format of the competition. When you play 160 minutes of rugby and lose by one point, you have definitely missed an opportunity. We were down 34-0 in the first leg. Against the best teams in Europe, you are asking to lose on aggregate. We fight fiercely at home, but you can’t give any team at that level a 34-point lead and then expect to beat them in the next 120 minutes.”