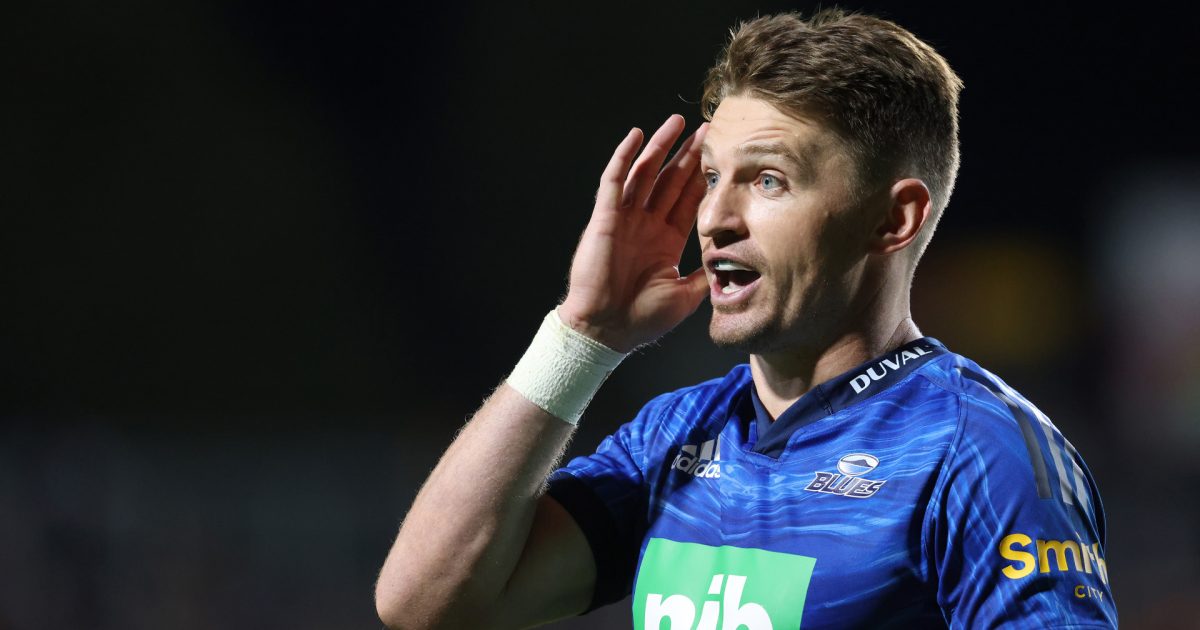 There was a period there when it felt like every hurricanes season culminated in a clash with the Crusaders.

First the crusaders he would decimate the Hurricanes upfront, en route to a resounding victory.

And secondly, a good part of the public that informs and watches rugby would take the view that beaden barrett was not up to par.

That he couldn’t handle a game, couldn’t rise to the big occasion, and couldn’t be trusted to guide the game. All the black people to victory in a test match of importance.

At some point, these doubts would be transferred to then-national coach Steve Hansen, who would let out a huge sigh and mutter something about what Barrett would look like if he were playing behind the pack of the Crusaders, instead of the Hurricanes.

It was hard not to remember Hansen’s words as we watched Barrett turn the tables on the Crusaders in Christchurch last Saturday night.

We’ve probably all thrown our two bobs’ worth at Barrett’s move to the Blues.

Should I have remained a hurricane for life? Could he have traveled from Auckland, like Daniel Carter once to remain a crusader? Was he letting his wife dictate her rugby career?

What we didn’t usually do was wonder out loud how good Barrett would look behind a decent group of forwards.

The Blues they are not the finished item. Other than Barrett, his backline doesn’t instill much confidence.

But when you’re playing on the kind of platform the Blues forwards are putting up right now, then it’s easy to look like a competent player.

However, Barrett seems more than competent. He looks awesome.

Given time and options, few players possess his vision and ability to execute. With the return of goal kicks to Arsenal in Christchurch, Barrett was once again the first five-eighth complete.

We made a lot of mistakes three or four years ago.

We took Barrett, at the time probably the best player on the planet, and we put him out there.

We took the goal kick away from him, switched him to full-back and generally undermined the confidence of the most talented footballer of his generation.

Were the All Blacks better? Did they win more games? Did they base their way to 2019? rugby world cup title?

We cannot repeat the mistakes of the past now.

There is no debate between Barrett and Richie Mo’unga. There’s Barrett as the undisputed starter at 10 and then those who back him up when needed.

Fill in the challengeability or keep the headlines honest. This is a time for certainty and, if super rugby Pacific has taught us one thing, is that Barrett is arguably the best first-five-eighths in the country.

Playing behind a good pack helps, as certainly not getting hit by TJ Perenara’s inconsistent serving is probably a blessing too.

But as we head into next year’s World Cup and survey an All Blacks team with plenty of places up for grabs, let’s not make No. 10 one of them.

Let us declare that, without reservation or qualification, the All Blacks will be Barrett’s team and that he will take charge of the results from the first five eighths.

You can’t put 10 on the bench. You can’t have them looking over their shoulder at who might replace them next week.

You have to tell them they are in charge and give them the confidence to succeed.

He doubted Barrett would ever earn that right again. Having been deceived, he was wondering if he would permanently move abroad.

I mean, it wasn’t that long ago black It was the starting 10 for the Blues, for God’s sake. Imagine the indignity for Barrett to play second fiddle to him.

Thankfully, those days are over, and with them, Barrett’s wasted years playing as an additional attacking midfielder from fullback.

All we need now is an All Blacks package to do Beauden Barrett’s talent justice.