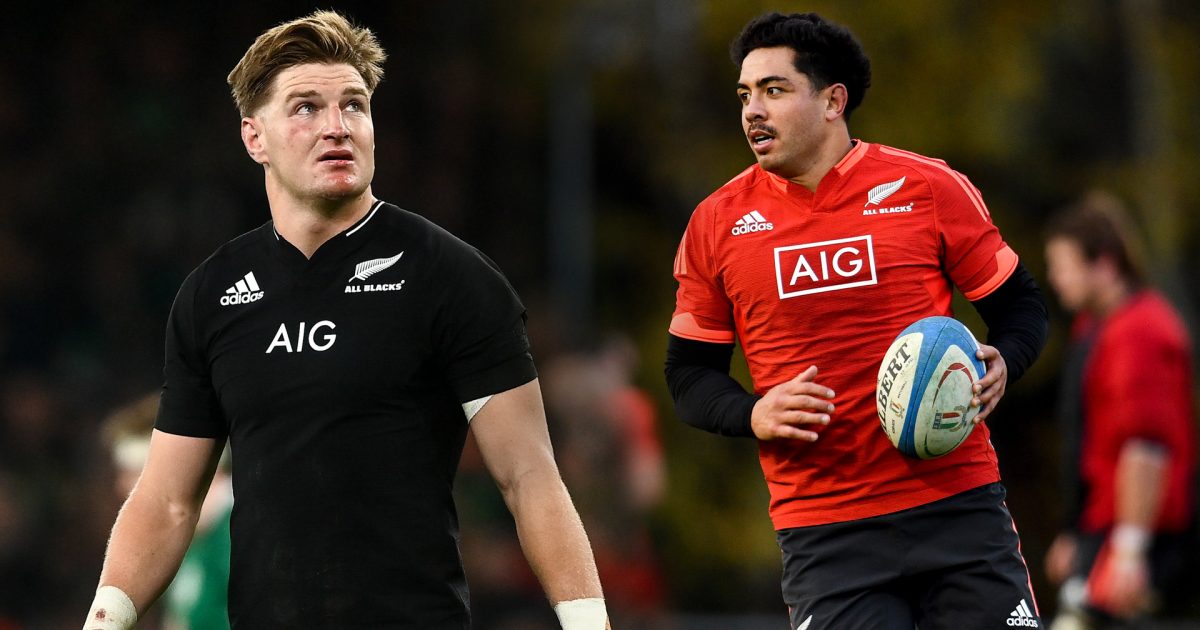 All the black people Head coach Ian Foster delivered his assessment on the candidates pushing for selection in the New Zealand midfield at the all black podcast.

The All Blacks’ midfield for the past two seasons has been based on the experienced pair of players from the 2019 World Cup Anton Lienert-Brown Y Jack Goodhuebut both have had long stints on the sidelines at different times due to injury.

That paved the way for Blues back to the center Rieko Ioane to push for more time in the centre, a change of position that Foster revealed he was impressed with after seeing Ioane’s growth in the game as a midfielder.

“It is always difficult to select the All Blacks,” Foster told the all black podcast of his next team selection for the July test series against Ireland.

“It is never easy. You know how much people love it. We had a lot of injuries and interruptions last year in our midfield.

“We had Anton, who is the more experienced guy, he didn’t play much last year in the Rugby Championship, he had hamstring issues, he’s coming back and he got injured again.

“He’s learned a few things about playing at 13 years old. I think he finished the year strong for us and has really taken his game to a different level than I’ve seen in Super Rugby so far, so I’m excited about that.”

Ioane has formed a strong midfield combination with the former NRL superstar Roger Tuivasa-Sheck on the Blues as they have locked down the number one seed heading into this week’s super rugby Pacific quarterfinals.

On Tuivasa-Sheck’s transition to rugby, Foster said he was pleased with what he has seen and was looking forward to seeing how the 2018 medalist Dally M plays through the remainder of the season leading up to the playoffs.

“He’s certainly good at the running stuff, he’s probably still learning how to lace up and get the passing game. I’m not sure about the status of the kick game because I haven’t seen it yet.

“I know he’s an outstanding guy, he’s doing a great job in the Blues, we’ve had some connections with him and I know he’s in a great place.

“We just have to see his progress and in particular the next four or five weeks are going to be crucial.”

One of the most radical midfield options on the table is Jordie Barrettwho went from fullback to second five, moved midway through the season for the Hurricanes.

Foster said he has been watching with interest but noted that Barrett’s value as a fullback cannot be discounted, saying the 25-year-old was a key player for the All Blacks in 2021 and brings exactly what they need at number 15. .

“Jordie, well, we’ve seen interest in him playing at 12. Look, to be honest, I haven’t been excited about him going there, but he’s fine,” Foster said.

“The way I see it, he’s played 12 before, he quite enjoys it, it stimulates him, that’s great.

“I’m interested to see what he is, if he’s an option for us long-term because he could become one, but I think the clue I would give them is that I thought he was one of our best All Blacks. last year.

“His kick on goal, his high ball shots, kicks, if you start thinking about World Cups, France, big stadiums, low-risk teams playing, then you have to have a three-point defense that disables high balls, have a kicking game and is strong defensively.

“He checks those boxes. I still love him as a 15, but are we willing to consider any options at 12? Well, yes we are.”